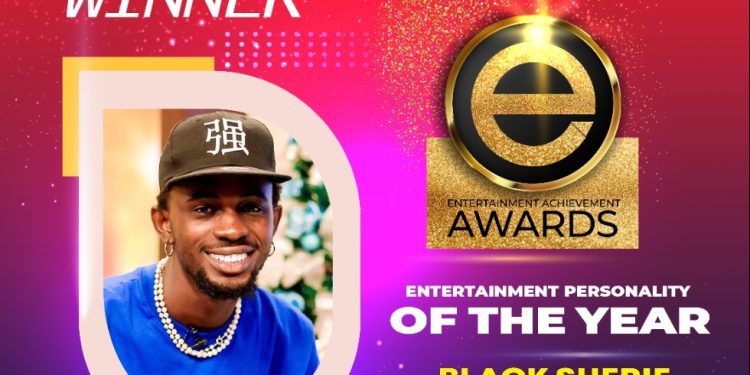 The second edition of the Entertainment Achievement Awards was held at the Accra Marriott Hotel on February 26, 2022.

This year’s award honoured people in the showbiz sector whose works fall within the 2021 eligibility year.

The scheme covered areas such as sports, music, film, fashion, photography, media, writing, comedy, among others.

After dazzling patrons and viewers of the maiden edition of the Entertainment Achievement Awards with their coruscating performances, ‘Adunle’ songstress Abiana, ‘Jango’ hitmaker Bogo Blay, and ‘Guy No’ rapper Yung Pabi, also made a return this year.

There were also poetry performances by Nana Asaase and Menaye.

The Entertainment Achievement Awards celebrate entertainers and entertainment industry players who have distinguished themselves in the practice of their art.

Accessories Designer of the Year – Hatboxco

Ghanaian Movie of the Year – Us in Between

Best Picture – Us in Between

Song of The Year – Kidi (Touch It)

Event of The Year – Afrochella

Sportswoman of The Year – Evelyn Badu

Sportsman of the Year – Samuel Takyi