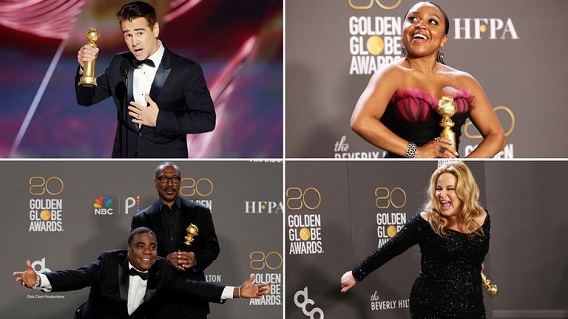 The 80th annual Golden Globe Awards have taken place in Los Angeles, with The Banshees of Inisherin leading the winners.

Some of the best film and TV shows of the past year were honoured at the ceremony in Beverly Hills, Los Angeles.

Best actress in a motion picture - musical or comedy

Best actor in a motion picture - musical or comedy