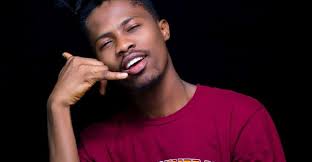 In a Twitter post on Monday, April 4, 2022, Kwesi Arthur gave a hint about the release of his album.

The post was in a form of an animated video depicting Kwesi Arthur seated on a hill, and in his hand the Holy Book, as birds chirp and fly in the sky.

The Album is believed to have many surprised features with both local and international artistes. The album also entails already released tracks like 'baajo' and 'winning' which featured Nigerian afrobeat singer Joeboy and American hip pop artiste Vic Mensa respectively.

Music enthusiasts of Kwesi Arthur on Twitter couldn’t keep their cool after the news broke.