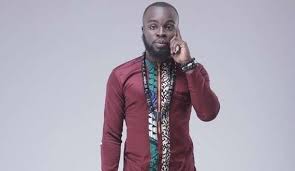 Born Kwame Ametepee Tsikata, November 20, 1982, to renowned lawyer and former Chief Executive of the Ghana National Petroleum Corporation (GNPC), he is also the grandson of one of Africa’s foremost ethnomusicologists and composers Professor J.H. Kwabena Nketia.

The seemingly cool M.anifest courted controversy recently when he released #godMC, a diss track in reply to Sarkodie's #bossy which started social media conversations on which of the two was the ultimate rapper.

He has four albums to his credit with his latest being the 14-track album, 'Nowhere cool'  which was released in September to popular and critical acclaim.