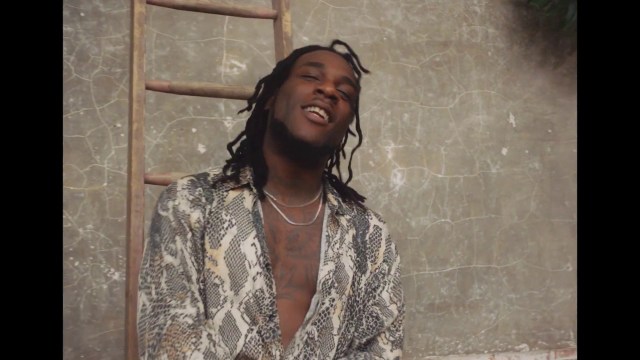 It’s official, Nigerian Afro-pop singer, Burna Boy is the first to serve a dish of controversy this year following his recent brouhaha over a mere font of his name in an international musical flyer.

The “Ye” crooner continued with his rant against Coachella following his earlier protest about how small they wrote his name in the flyers.

Burna Boy described himself as an African Giant fighting for the vision and future of the continent, but this morning he went a step further, but many Nigerians feel he took a step too far.

In his own words,

It is a fact that my own country ‘Nigeria’ is home to the largest number of Backward Unprogressive Fools. I will still fight for them because they are not mentally advanced enough to fight for themselves’.

This has caused a serious stir among Nigerians and they certainly aren’t finding it funny. Most are rather outraged that the singer comes to such despicable conclusion and justifies his stance all because of a mere font.

Check out some social media users reaction below:

Man this can't be true, @burnaboy referered to Nigeria as a home of 'Backward unprogressive fools'? if this is true, then something has gone terribly wrong. To say this is shocking is an understatement 🙆 https://t.co/a11QqwmWfD

This can never be my MCM.

Wondering where all those "Backward unprogressive FOOLS" who claims to be Burna Boy's die hard fans are😂 pic.twitter.com/WpGqGqS4yH

Is this your African Giant ?? pic.twitter.com/YFzPdIUuUx

Okay, Now it’s beginning to seem like Burna boy just wants to trend. Because saying “Nigeria is the home to the largest number of backward unprogressive fools” was a really unnecessary thing for him to have said.

This advanced Daddy showkey a.k.a Burna Boy just called Nigerians "Backward Unprogressive FOOLS" for calling him out over allowing Font size to define him as African Giant.

He is right but the reason behind the branding of Nigerians is extremely wrong and displays his STUPIDITY pic.twitter.com/bMMJXvtRwj

How dare you call Nigerians “backward unprogressive fools”?@burnaboy Nigerians are the ones pushing your career to the top son. You need to publicly apologize.

You are a thug.

See why its never right to over hype some Artiste?

They put your name in a small font because you’re not as big as the artistes in bigger fonts, but you’re calling your fans backward unprogressive fools