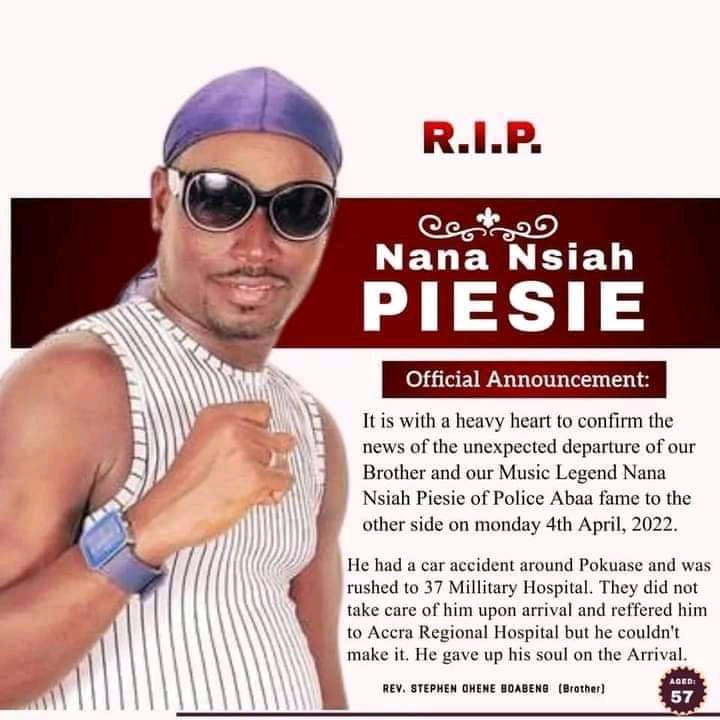 Highlife musician Nana Nsiah Piesie has passed on, brother of the musician, Rev. Stephen Ohene Boahen, broke the news in a radio interview.

Speaking on Peace FM on Tuesday he said Nana Nsiah Piesie was involved in an accident at Pokuase in the Greater Accra Region on Monday, April 5.

Rev Boahen revealed that Nana Nsiah Piesie had a broken neck as a result of the accident and also suffered from internal bleeding. 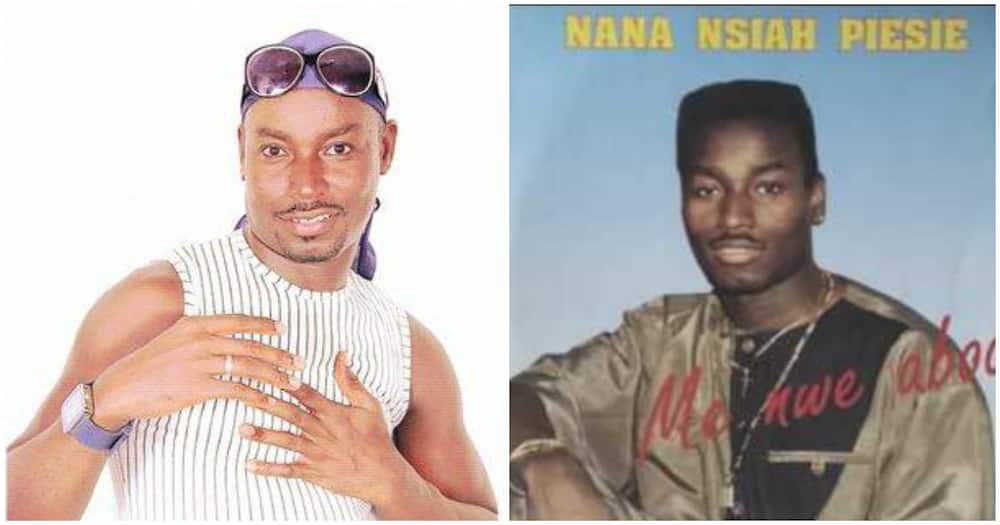 He was rushed to the 37 Military Hospital in Accra, but the hospital referred him to the Accra Regional Hospital.

Nana Nsiah Piesie, however, died on arrival at the hospital he had been referred to.

The musician died at the age of 57. Rev Boahen revealed his brother had returned to Ghana a week before the accident.

Nana Nsiah Piesie broke onto the music scene as a part of the African Heroes Band led by Osei Kofi. he was a protegee of Ghana’s late legendary musician, Nana Kwame Ampadu, after his secondary school education. 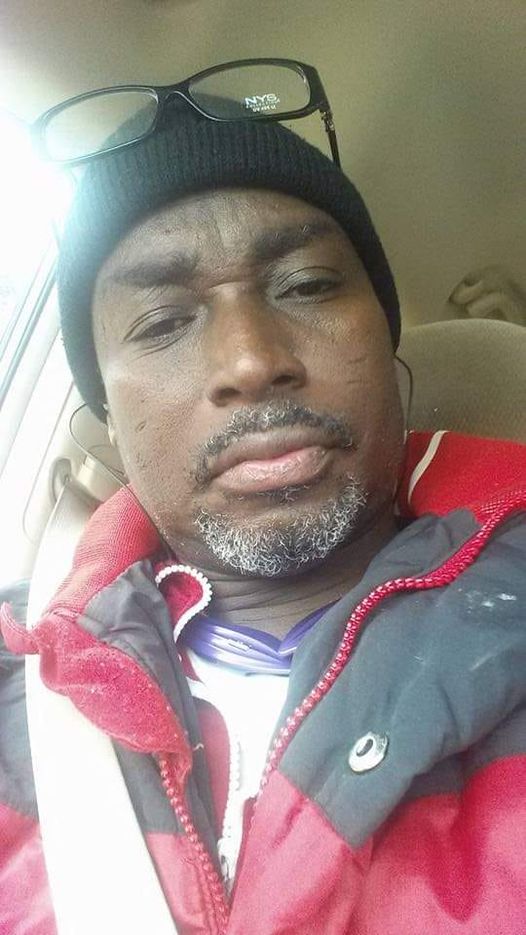 After touring with the band, Nana Nsiah Piesie became a solo artiste.