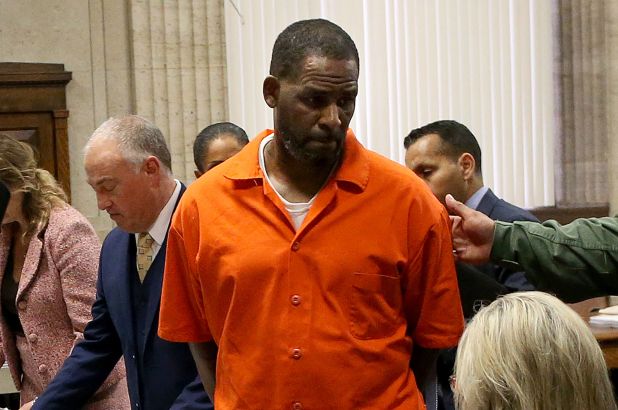 According to the Chicago Tribune, of the indictment’s 13 charges, Kelly was also found guilty of three counts of child sex trafficking through coercion and enticement.

The verdict follows the testimony of Kelly’s goddaughter, who went by the pseudonym Jane. Three other women testified that Kelly had also recorded and kept tapes of himself sexually abusing them when they were underage.

There were two co-defendants in the proceedings, former employees Milton “June” Brown and Derrel McDavid. Charges against them alleged a conspiracy to hide the videotapes and convince Jane to keep her sexual contact with Kelly private.

Both Brown and McDavid were acquitted of all charges, including that they had conspired to receive child pornography, and that McDavid conspired to obstruct justice.

In closing arguments, R Kelly’s attorney Jennifer Bonjean claimed that Jane’s parents were to blame for lying about her relationship with the singer and asserted this was not due to coercion, but because “They condoned it.”

R Kelly was convicted on enticement counts regarding witnesses Jane, Nia and Pauline (all pseudonyms), but was found not guilty on two others.

Jurors acquitted R Kelly of the alleged enticement counts in relation to another woman Tracy, one of the only witnesses whose age at the time of her alleged meetings with Kelly was challenged by defense attorneys.

Jurors also acquitted the singer on one count of enticement related to Brittany, whom prosecutors had originally planned to take the stand. That did not happen for reasons that remain unclear.

Jane joined the investigation just three years ago, after the airing of the 2019 Lifetime docuseries “Surviving R. Kelly.” In her June verdict, Jane testified that it was her on the videotapes and that Kelly had sexually abused her multiple times as a minor.

R Kelly was sentenced to 30 years in prison in June after a jury declared him guilty of racketeering related to the sexual exploitation of children, kidnapping, and forced labour. He was also charged with eight counts of violating the Mann Act in a separate federal case in New York.