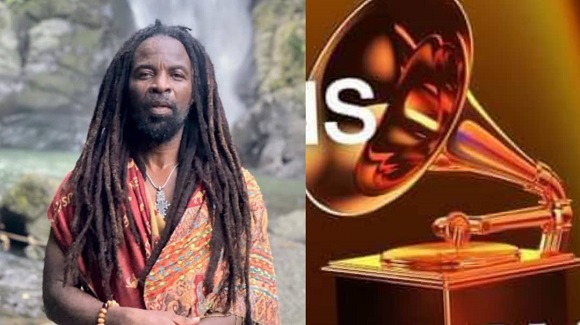 Ghanaian reggae artiste Rocky Dawuni has for the third time earned a Grammy nomination following his debut appearance at the prestigious global awards ceremony in 2015.

His song, ‘Neva Bow Down’ featuring Blvk H3ro released on September 22, 2022 has been nominated in the Best Global Music Performance category of the 65th Grammy Awards which will take place on February 5 2023 at the Crypto.com Arena in Los Angeles, USA.

Rocky Dawuni is competing in the Best Global Performance category among other artistes in the awards ceremony which is billed as the highest form of acknowledgment for players in the music industry globally.

Having failed at his two previous attempts to grab a Grammy win in 2015 and 2021, expectations are already high this year for Rocky Dawuni to secure Ghana its first Grammy laurel.

Before today’s announcement, ardent music followers were positive that Black Sherif, Sarkodie, and Stonebwoy could make it this year’s Grammys nomination list but that didn’t happen.

The 65th Grammy Awards will feature five new categories, including Songwriter of the Year for a nonperforming, nonproducing musician and a noncompetitive honorary award for the best social change song.

Adele, Beyonce, Ed Sheeran, and Sean Paul are among the global music icons expected to win.

Along with Beyoncé and Adele, whose albums were commercial and critical hits, contenders who topped the charts this year and are eligible for prizes include Bad Bunny, Harry Styles, Future, and Kendrick Lamar, who has 39 career nominations and 14 wins.