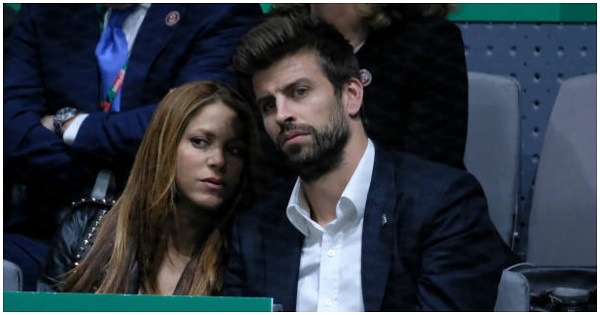 Shakira has broken her social media silence after announcing her split from Barcelona defender Gerard Pique after 11 years together.

The couple announced their separation last week after 11 years together.

The revelation came after reports that the footballer had strayed.

And now popstar Shakira has broken her social media silence.

The 45-year-old posted a video on her Instagram dancing alongside the co-stars of her new show Dancing With Myself - Nick Jonas and Liza Koshy - with the trio doing a Mexican wave while sitting on the judging panel.

Shakira also added a picture to her social media that showed her with a beaming smile while standing with Jonas and Koshy.

The caption read: "Don’t miss tonight’s episode of Dancing With Myself! 10/9c on @nbc."

Shakira and Pique have two children together, Milan, 9, and Sasha, 7, but have now announced their separation.

A statement released via Shakira's publicist on Monday read: “We regret to confirm that we are parting ways.

"For the well-being of our children, who are our highest priority, we ask that you respect their privacy.

"Thank you for your understanding."

Pique, 35, has yet to release a statement on the separation, nor has he addressed his alleged cheating.

Despite the split, the pair were both seen watching their son's baseball game over the weekend.

Reports in Spain claim the former Manchester United man has been "staying alone in his own apartment for weeks" following Shakira's discovery of his alleged infidelity.

The World Cup winner is said to have been enjoying Barcelona's famed nightlife with his pals and team-mate Riqui Puig.

And according to Marca, his partying has been "out of control".

Pique met Shakira when he was training in Madrid ahead of the 2010 World Cup in South Africa.

The Colombian singer's hit single Waka Waka was the official song for the tournament and the defender appeared in the video.

Before their separation, Pique was quizzed about his failure to tie the knot with the 'Whenever, Wherever' singer.

During an appearance on The Overlap, the centre-back told ex-team-mate Gary Neville: "No, I'm not married. It's her mentality.

Shakira explained her reasons for not marrying during a 2020 interview.

"I don't want him to see me as the wife. I'd rather him see me as his girlfriend," she said on 60 Minutes.

"His lover, his girlfriend. It's like a little forbidden fruit, you know?"

"I wanna keep him on his toes. I want him to think that anything's possible depending on behaviour."