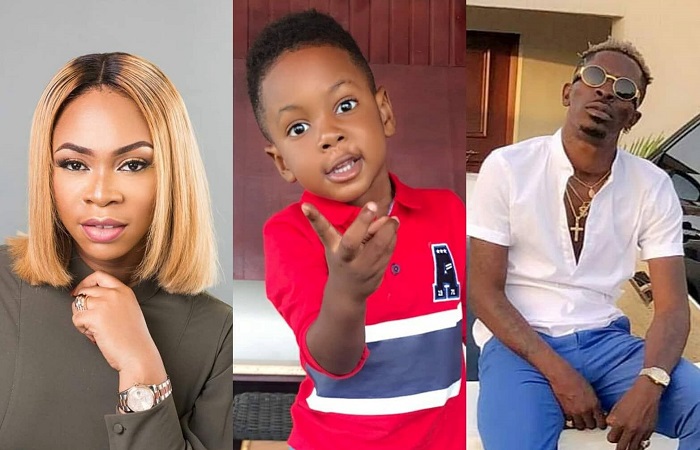 After yesterday's report by PrimeNewsGhana that Shatta Michy has allegedly stabbed his 'husband' Shatta Wale and run with their son Majesty, news, and allegations coming in unlike other times are very unbelievable.

According to a post PrimeNewsGhana sighted on Shatta Michy's Instagram page in the early hours of January 11, 2018, Shatta Wale has been abusing and draining her badly in the relationship which has been always presented as something very perfect on social media because he (Shatta Wale) feels that she (Shatta Michy) is cheating.

The ‘Low Tempo’ singer cautioned people who keep commenting on the matter without the full knowledge of what is actually going on to desist from it.

The mother of one also makes the revelation that she genuinely wants to smile and not keep hiding her tears and as such people should stop judging her unnecessarily because she has no energy to come out and defend herself.

Meanwhile, the new development on @those_called_celebs Instagram page which is been managed by one lady has it that Shatta Michy presented some documents that prove that she is the right owner the Range Rover.

Her post on Instagram reads: I dnt joke on ma page ooo...smart people know watever i write is nothing but de truth but some people just makes it looks like joke but those who knows de story knows wat am saying. ...Michy came to ma DM yesterday with documents which claims she be de right owner of de Range Rover but not Shatta....for dat one de3...i will back her cux dax wat she also gained from the relationship. Can u guys ask Michy wat happened after de day she was given dis promise ring??? Fight paaaa in de house...charley. ..it wasn't easy at all...she is a type who can run after a man with gun..knives and many oooo...Ghanaians always want dem to be couple but these two can't be together oooo...else one will kill de other...do u know dey dnt stay together cux of daily fights??? Shatta stays in his zylofone house and Michy also lives in Shatta 1million dollar mansion in East Legon. My own Michy. ..running away with ur son..cars and other documents of de guy won't solve de problem swdy...u guys gotta sit down n solve issue amicably. If u can't stay together cux of the hard drugs ..u gotta go ur ways na ....why???