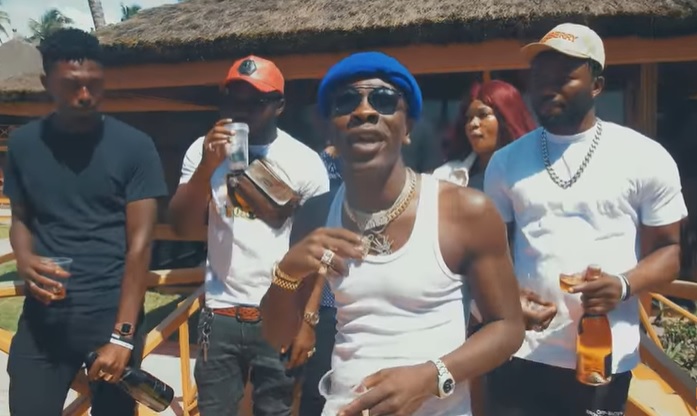 Shatta Wale has released the visuals of a new song.

Titled ‘1 Don,’ the Beatz vampire-produced song is a boastful record about the self-acclaimed African Dancehall king.

Shot at Maaha Beach Resort, and directed by PKMI, the video finds Wale in bed with two women as the opening scene.

The camera follows him as he gets out of bed, and then heads into the compound of the resort.

Other scenes show Wale surrounded by his entourage singing along to 1Don.

The song is a lyrical manifestation of some of Wale’s mantras: “I am a star,” “God Knows I don’t force my lifestyle on anyone,” and “I will never fail.”

In a related development, the video has garnered over 91K views some twelve hours after it premiered.