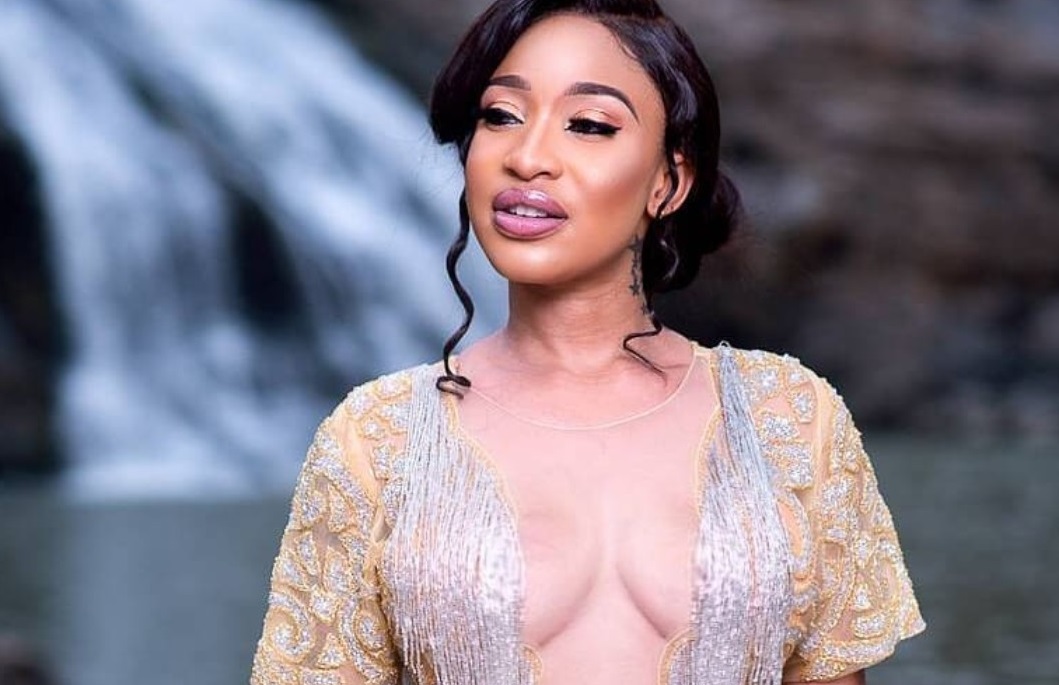 Nollywood actress, Tonto Dikeh took to her page to share a video of herself after her ‘style village’ had done all they had to do to bring out the gorgeousness in her.

In the video, parts of her cleavage were on display as she danced around looking all pretty after having her face beat and all.

Upon seeing the video, a troll couldn’t help but notice that she has a ‘fallen breast’ and so decided to notify her on this.

The troll made the comment on the video of the actress who donned a gold outfit, which showed off a glimpse of her side boobs… after her comment, the actress also, using a relatable example, schooled the troll.

Below is their exchange,