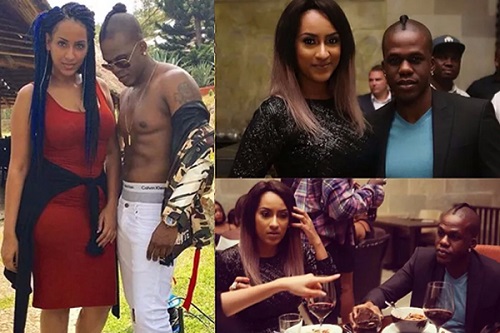 Ghanaian actress Juliet Ibrahim says she has accepted the apology of her ex-boyfriend Iceberg Slim.

Juliet Ibrahim responding to the apology letter of her former boyfriend said she knows he is a good person and the apology will clear the air about the whole breakup incident and also help the healing process.

According to Juliet Ibrahim, she will not go back to Iceberg Slim but because they are working in the same industry they normally talk.

The singer in a letter posted on Instagram detailed the reason his romance with the actress turned sour.

According to the letter, he caused Juliet Ibrahim pain and heartbreak when all the actress did was support and love him unconditionally and wanted the same in return.

“I lied, cheated, I took your love for granted and in turn, I brought ridicule and shame to you. From the bottom of my heart, I apologise,” he said in the letter.

Iceberg revealed that he is detailing the reason for their break up and also apologise in other to heal.

He explained for him to heal and continue with life, it was necessary for him to reveal.