Video: Lilwin has to show me respect because I joined the movie industry before him - Frank Naro 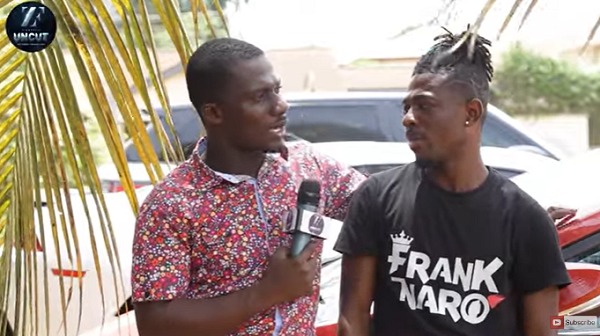 Kumawood star Frank Naro says actors like Kojo Nkansah popularly known as Lilwin should show him some form of respect because he joined the music industry before him.

Frank Naro says the lack of respect from 'junior' actors and actresses is one thing that has affected the movie industry.

He said if respect is given to those that deserve, the movie industry will stand on its feet again.

READ ALSO: Video: Any movie without me is incomplete because I am the biggest actor in Ghana - Lilwin

When asked by ZionFelix if he demands respect from Lilwin he responded.

"Of course, age-wise he is older than me but I joined the industry before him, the way I will see Stonebwoy and show him respect is the same way he has to".