VIDEO: Nigel Gaisie is not a man of God – Mzbel 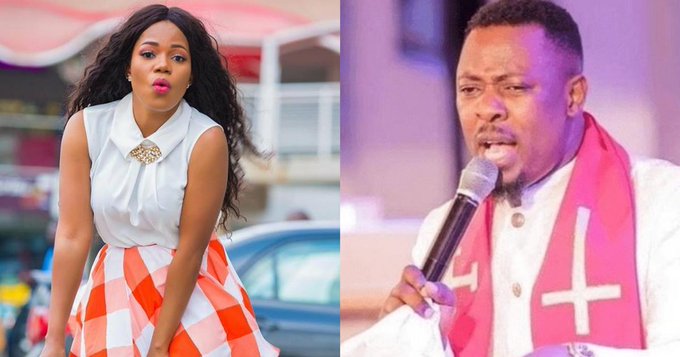 Though she shied away from giving details of the relationship, Mzbel admitted that they started the friendship talking about other stuff and not pastoral or religious stuff.

“After a while the friendship became some way, very horrible,” she told Giovani Caleb on Showbiz360 on TV3 on Friday night.

The relationship of the two – school mates with Mzbel as the senior – have been re-emerged following Assin Central Member of Parliament Kennedy Agyapong’s recent attacks against the self-acclaimed prophet.

Mzbel, born Belinda Nana Ekua Amoah, has not been quiet about her experiences with the known National Democratic Congress (NDC) sympathizer as she took to Facebook one time to express her displeasure about one of such experiences.

“He is not a nice person,” she stated.

“I had a bad experience and I managed to get justice. I have moved on.”

Asked to advise young ladies with her experience, the 16 Years hit singer said they should be careful going near “men of men” like Nigel Gaisie.

“Because if you don’t have a voice like I have, you would not get justice. I took him on on social media and that is where I got justice but otherwise.”