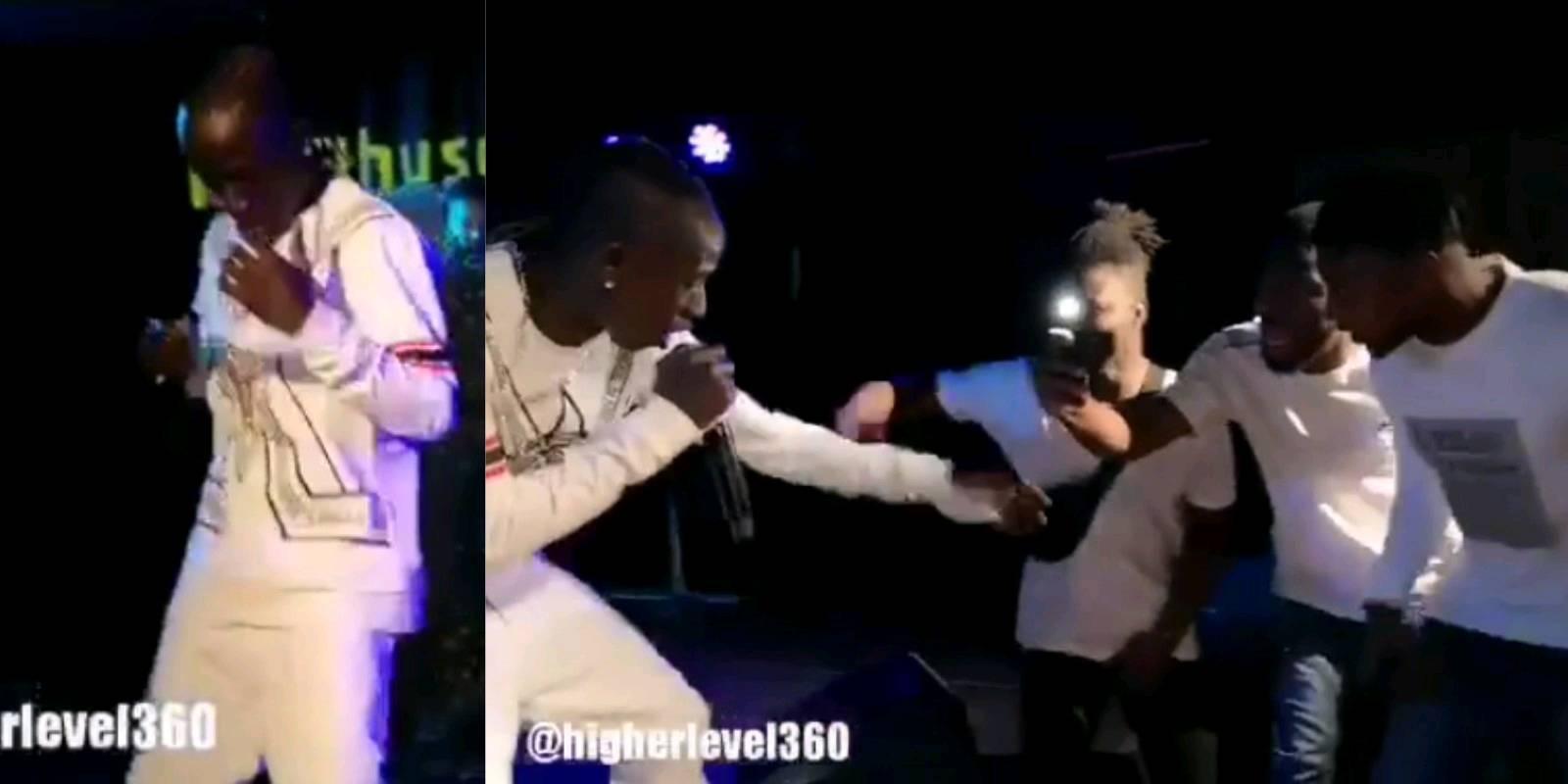 Ghanaian hiplife artiste, Patapaa who is currently on a tour in Europe and playing numerous shows has been spotted performing to just three (3) people in the Norwegian capital of Oslo.

According to the video PrimeNewsGhana sighted, the 'One Corner' crooner who has been in the news with videos of him flirting with a white lady could be seen putting up an energetic performance to 3 boys.

However, the entire video shows only Patapaa onstage with only three people being shown in the ‘crowd.’

The video was uploaded by Patapaa himself and shows him perfomring to just three people.

Comments on the post are relentlessly mocking Patapaa for performing to only three people on his so-called ‘European Tour’.

Watch the video below…

Patapaa is yet to respond as to what exactly happened during his performance.