VIDEO: Patapaa shuts down Germany with an electrifying performance 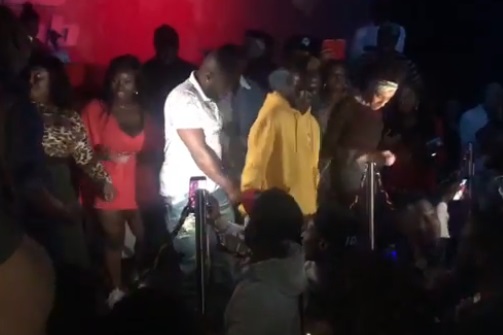 Patapaa shuts down Germany with an electrifying performance
Shares

‘One-Corner’ hitmaker Patapaa Amisty stunned the audience at Düsseldorf -Essen in Germany with an electrifying performance as part on his Europe tour.

Patapaa nailed his performance at Düsseldorf - Essen in Germany on March 23, 2019, as he performed all his tracks.

Halfway through his performance, Patapaa invited some fans to join him on stage to do the "Akwaaba Dance".

Ahead of the show, he came out to reveal that he is the next to appear on Tim Westwood TV and will kill the show as AMG Medikal did.

Patapaa Amisty has been to Austra, France, Uk, Italy and now in Germany as part of his European tour.

He has also been nominated as the 'Hip Life/Hip Pop Artiste of the Year' in the 20th edition of the Vodafone Ghana Music Awards.

Also Read: Watch out for me on Tim Westwood TV - Patapaa brags