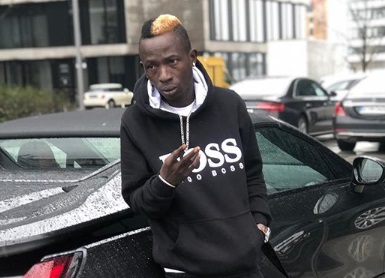 Watch out for me on Tim Westwood TV - Patapaa brags
Shares

‘One-Corner’ hitmaker Patapaa Amisty has revealed that he is the next to appear on Tim Westwood TV and will kill the show as Medikal did.

Patapaa who is still touring Europe has showered praises on Medikal for a splendid freestyle when he appeared on Tim Westwood TV on Thursday, March 21, 2019.

According to Patapaa, Ghanaians should watch out for him on Tim Westwood TV.

Patapaa took to his Twitter page to show how AMG Medikal made him proud with his freestyles section on Tim Westwood TV which got everyone talking about.

Also Read: I will fill up the London o2 Arena – Patapaa