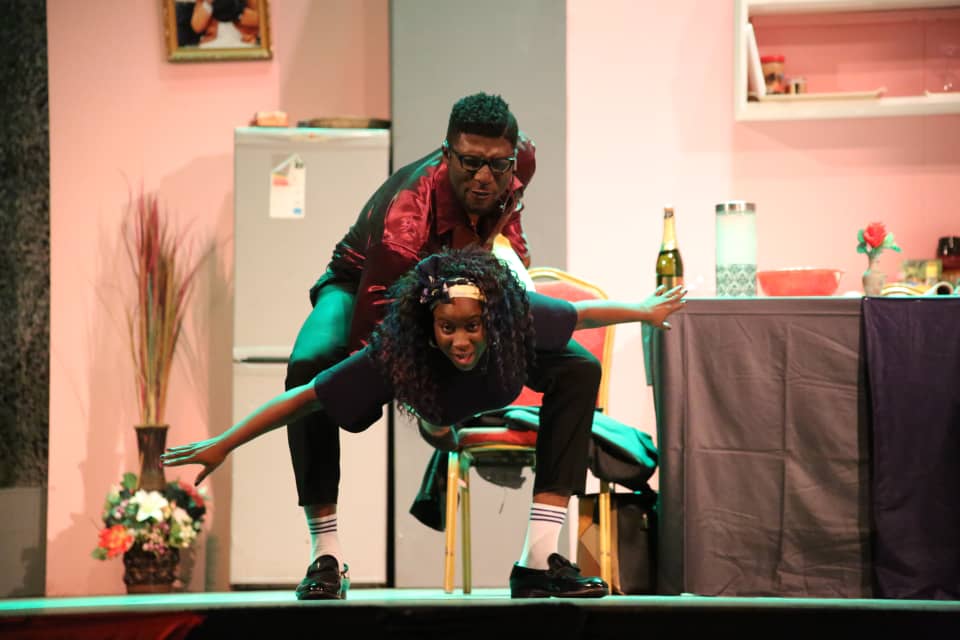 Uncle Ebo Whyte’s Roverman Production thrill thousands of Ghanaians again with their much-anticipated play Dora WHY? which was premiered and showed on the 6th and 7th of April, at the National Theatre.

Dora Why? is Roverman Productions' first play for the year, although it is fictitious, the contemporary relevance of the play and the humor which came with it got the audience glued to their seats.

Dora WHY? a production interspersed with music and comedy made up of four main casts, Thomas, Mabel, and their daughter, Audrey and the secrets the family tries to hide.

Dora has been dead for 30 years, and each year on her anniversary Mr. and Mrs. Sowah find a note that says:

"Good evening Thomas and Mabel... Today marks the 30th anniversary of my death. This is to keep my memory alive. Please don't forget me. Signed, Dora."

Is the note really from Dora? If not, who is behind this cruel prank and what does he or she want from Mr. and Mrs. Sowah.

There is quite a healthy dose of intrigue in the play as the Sowahs try to unravel the mystery behind the note with the help of a security expert Jude who isn't quite who he seems to be.

The search for the truth takes a toll on the family especially on Mabel, whose secret she has kept for 30 years have even impacted her marriage.

The play tackles the theme of forgiveness and although there is a happily ever after, patrons would have to do a lot of introspection to see if they could forgive some of the issues raised.

Below are some reactions from patrons who watch the play;