When I said Mr. President I meant my former boss, not Akufo-Addo or Mahama – Mzbel 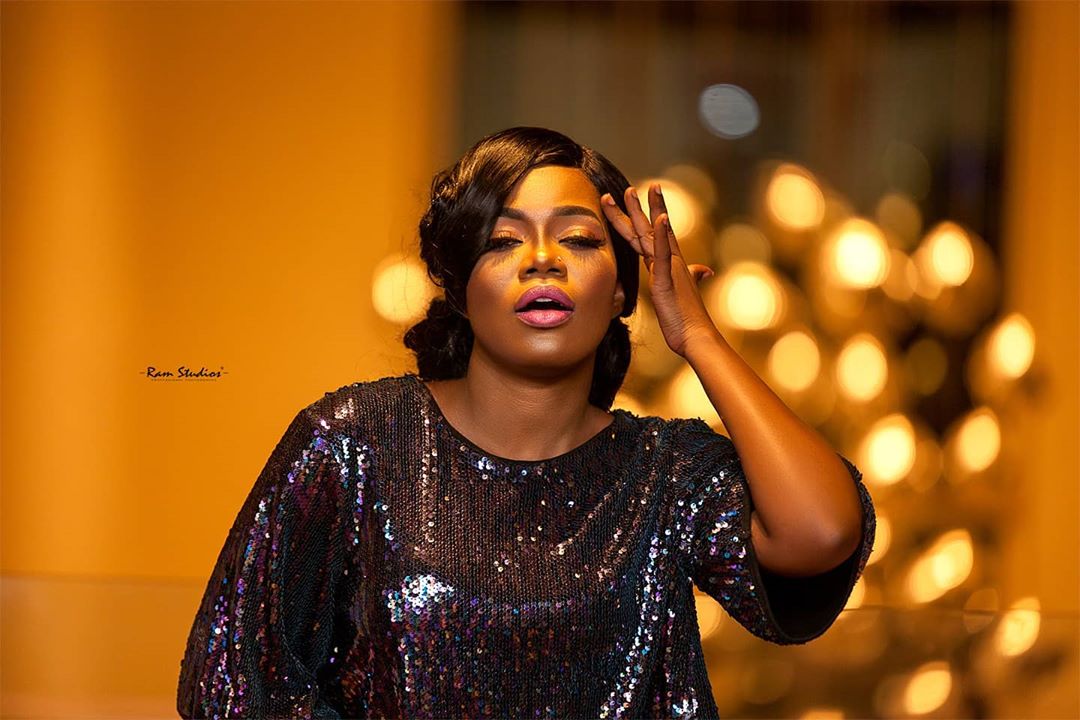 When I said Mr. President I meant my former boss, not Akufo Addo and John Mahama – Mzbel explains
Shares

Ghanaian musician, Belinda Nana Ekua Amoah, aka Mzbel, has explained that she was not referring to President Nana Akufo-Addo or former president John Mahama when she mentioned "Mr. President" in her post on social media.

A week ago the ‘E Dey Be’ hitmaker made a controversial statement on the internet which gained her some trolls from Netizens.

In the old post which she later deleted from her Twitter page, Mzbel wrote, "Mr. President, I've been humble, considerate, quiet and patient, enough so stop using this "Papano" as an excuse to punish me! When I have to chase people for what they owe me it gets ugly! Be a man of your word... it’s been almost 6years already!"

The post stirred a lot of suspicions and brought her some attacks from social media users who said she was trying to drag the image of a statesman -- either the current President or the former President -- in the mud.

However, in response to her attackers, Mzbel claims her post had nothing to do with former President John Mahama and President Akufo-Addo.

READ ALSO: I never knew my father was rich until his death – Mzbel

Mzbel in an Instagram post which has also been deleted maintained that she was referring to her former boss, Bice Osei Kuffour (Obour).

Obour is the immediate past president of the Musicians Union of Ghana (MUSIGA), an umbrella group that unites all musicians in Ghana irrespective of genre.

Mzbel further stated that she doesn't owe anyone an explanation but she's clearing her name out of respect and also for peace of mind to mourn her late father.

Mzbel has also threatened to publish threats and insults she has been receiving on social media if the culprits don't put a stop to it.

“When I said Mr. President I meant my former boss, not JM and Not Nana Addo but some of my own people who are pained for whatever reason chose to attack me, so I can be crucified once again! I don't owe anyone an explanation. I'm doing this out of respect and for peace of mind to mourn my late father! Enough of the threats and insults or I will start posting them here with your phone numbers revealed.

"Mr. President (Bice) I should have listened to u..", Mzbel wrote in the caption to Obour’s photo. 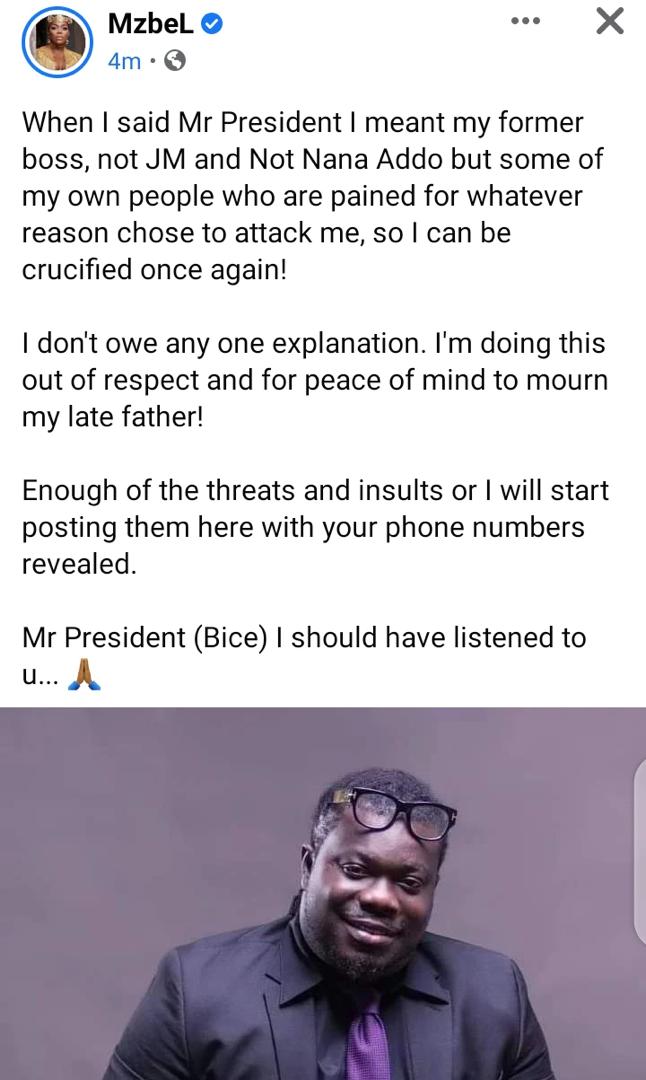