Accra at 60: Concrete heads and colonial questions in Ghana's capital 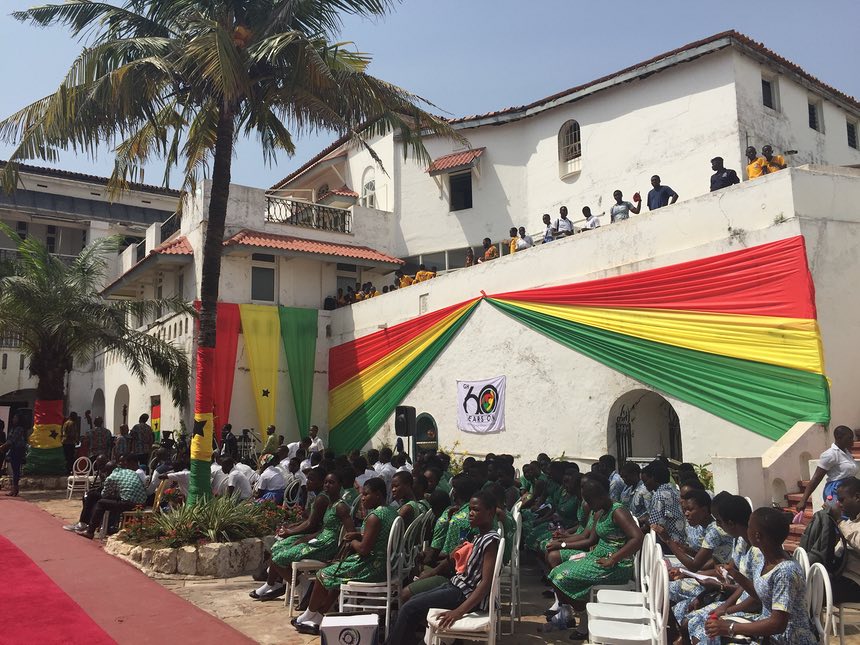 Ghana’s capital on Monday, March 6, marked 60 years of independence from European rule with parades, a burgeoning arts scene – and fierce questions about its past.

On this day 60 years ago, many of Ghana’s workers were given the day off. They flocked to central Accra, a city originally settled in the 15th century, to hear Kwame Nkrumah declare independence. Today, only parts of Nkrumah’s Accra remain – while rapid expansion and development is reshaping the city in ways that are causing excitement but also concern.

On 6 March 1957, Nkrumah told an audience of tens of thousands of Ghanaians that “your beloved country is free forever”. This weekend, in the very same spot where Nkrumah made the declaration, local artist Kwame Akoto-Bamfo unveiled an installation of 1,200 concrete heads representing Ghana’s enslaved ancestors. The piece is called Faux-Reedom and is meant, in the context of the hegemony of western oil companies, foreign aid and IMF loans, to question if the first African colony to gain independence from European colonial rule is indeed free from the legacies of slavery and colonisation.

47: number of FM radio stations in operation in Greater Accra, the heart of Ghana’s loud and proud media industry.

16: nautical miles of visibility from the colonial-era lighthouse in Jamestown, a historical and culturally rich area in Accra, home to fishing communities from the Ga ethnic group.

1: number of space telescopes situated in the suburb of Kuntunse. It is the flagship project of Ghana’s five-year-old space agency, which plans to launch its first satellite by 2020.

If you’re more into living your life through a local “It girl” though, 22-year-old Accra-born Nadia Gyimah will provide you with her glamorous selfies and photographic insights into the lives of the city’s socialites. She also snaps local – and if they’re in town, international – celebrities.

Accra emerged from the fishing village of Jamestown, the colourful beachside district which to this day, remains unspoilt and still predominantly inhabited by its indigenous Ga community. Many European powers built forts along the coastline in the slave trade era, including Portugal, France, Denmark, Sweden and Britain. It was in James Fort prison that Nkrumah was detained by the British colonial regime during the fight for independence, where he communicated with political allies by writing messages on pieces of toilet paper which were smuggled outside. Once in power, Nkrumah had his own plan for Accra: a people’s city centred around symbolic or historically significant buildings and protected public spaces and parks. Few of these remain, and space in the city is further diminishing; its population of approximately 4.3 million is expected to almost double by 2035.

The city in sound and vision

Accra’s sound can be found pumping from large sound systems set up on street corners. It’s common to see young men practicing their dance moves to the latest dancehall, hip-hop and hiplife tunes. Big names such as M.anifest, Sarkodie and Obrafour also keep Ghanaians entertained with lyrical put-downs and public “dissings” of each other. The male-dominated industry is put to task by the likes of Kaakie, Ebony Reigns and AK Songstress, who all claim to be Ghana’s rightful “Dancehall Queen”.

What’s everyone talking about?

Nkrumah believed strongly in creating “our own African personality and identity” and nurturing Ghanaian culture. The people of Accra have not forgotten this, and most feel strongly that their culture must be preserved in the face of globalisation. It’s a favourite topic with the city’s art community, explored everywhere from the Chale Wote street art festival in Jamestown, to the white-walled (and topically named) Gallery 1957 at the high-end Kempinski hotel. Cultural research institute ANO opened its new public arts space on Saturday with its inaugural exhibition Accra: Portraits of a City. The exhibition includes photography from 19th-century Accra photography studio Deo Gratias and the traditional Ga fantasy coffins of veteran artist Paa Joe. The hope is that the younger generation of Accra’s creatives will draw on these works and other parts of their own cultural history, with no need to look to the UK or the US for inspiration.

What’s next for the city?

As the new president, Nana Akufo-Addo, only took office in January, most say the jury is still out on what’s next for Accra. Akufo-Addo’s plans to decentraliseGhana’s political system may give the city more control over its fate, but his commitment to further opening up Ghana’s access to international financial markets will likely bring further change to the capital. Other issues faced by Accra include Dumsor (the term used for the country’s frequent power outages), traffic congestion and the provision of affordable housing in the sprawling urban space, particularly for the large numbers of Ghanaians moving to the city from rural areas in search of work. 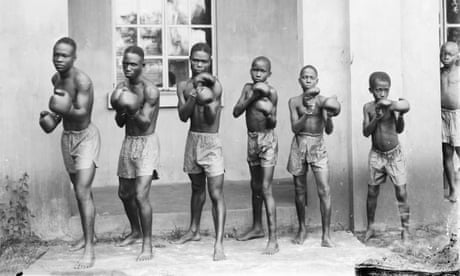 Accra a century ago: life in Ghana before independence – in pictures

Online platform Circumspecte publishes thoughtful pieces on a wide range of topics across Africa. It keeps up with news out of Accra particularly well because it’s where the site’s founder, Jemila Abdulai, is based. Abdulai is a writer whose short story #Yennenga featured in the Caine Prize Anthology 2015. The Accra Dot Alt site holds the fort for all things creative in the city.

… we’ve got a small favour to ask. More people are reading the Guardian than ever, but far fewer are paying for it. Advertising revenues across the media are falling fast. And unlike some other news organisations, we haven’t put up a paywall – we want to keep our journalism open to all. So you can see why we need to ask for your help. The Guardian’s independent, investigative journalism takes a lot of time, money and hard work to produce. But we do it because we believe our perspective matters – because it might well be your perspective, too.

If everyone who reads our reporting, who likes it, helps to support it, our future would be much more secure.