Could oral antiviral pills be a game-changer for COVID-19? An infectious disease physician explains 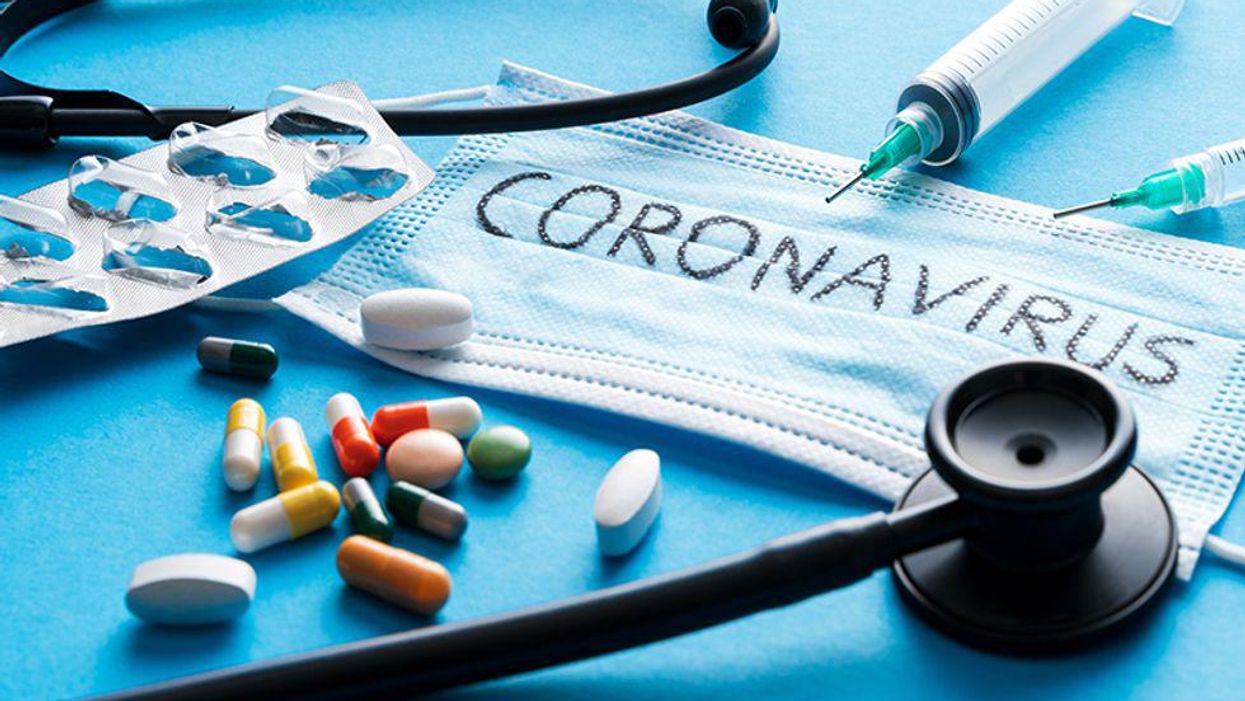 Could oral antiviral pills be a game-changer for COVID-19?
Shares

Nearly two years into the pandemic, it has become starkly clear that we need better treatments for COVID-19 for people in the earlier stages of disease.

Two new antiviral drugs could soon be the first effective oral treatments for COVID-19 to help keep people out of the hospital. An advisory committee to the Food and Drug Administration plans to review the data supporting molnupiravir – a pill made by Merck and partner Ridgeback Therapeutics – on Nov. 30, 2021.

And in early November, Pfizer released preliminary results for its antiviral pill, Paxlovid, another potentially promising tool for COVID-19 treatment. On Nov. 16, Pfizer formally requested emergency use authorization of the oral pill from the FDA.

If these drugs get authorized in the coming weeks, they could be an important new treatment option for people with COVID-19, especially for those at high risk in the early stages of infection. The ability to treat COVID-19 with a pill rather than an injection or infusion means more people can be treated faster.

As an infectious diseases physician and scientist at the University of Virginia, I have helped care for hundreds of people with COVID-19. I’ve also helped conduct clinical trials to find new treatments. Molnupiravir and Paxlovid would fill a need that hasn’t been met by other COVID-19 drugs, which are either difficult to administer or only suitable for patients in the hospital.

Here’s a preview of why these new antiviral drugs are important, how they work and how they could be used.

Filling a gap in treatment

Researchers have so far found just a few drugs that are effective for the treatment of COVID-19. Until now, only antiviral monoclonal antibodies could be used to treat patients who are not hospitalized. However, these antibody drugs – which work by blocking the virus from entering cells – have to be given in a monitored setting like a doctor’s office.

And many patients who could benefit from monoclonal antibodies don’t have access because administration sites aren’t located nearby. They are also not affordable for many people outside the U.S. In the U.S., monoclonal antibodies are free to patients under emergency use authorization but could ultimately become far more expensive if and when they receive full approval by the FDA.

Early data suggests that both molnupiravir and Paxlovid are effective new drugs that patients can take at home to prevent complications of COVID-19 – which could be particularly beneficial for those at high risk of severe disease. Once authorized, these pills will allow patients to be treated earlier in the course of infection, at the point when antiviral drugs are more effective. By stopping the virus from growing in the body early on, the drugs can prevent the inflammation that causes severe COVID-19.

How molnupiravir and Paxlovid work

Molnupiravir works by causing the virus to record inaccurate genetic information. SARS-CoV-2 stores its instructions for making new viruses in a strand of RNA. Inside the cell, the virus makes copies of the RNA and then continues to make duplicates of those copies. When a patient takes molnupiravir, the drug masquerades as one of the key molecules in RNA and gets incorporated into the strands that the virus produces. When an RNA strand containing molnupiravir gets copied in turn, the virus makes errors in the copy. Over multiple rounds of copying, molnupiravir forces more and more mistakes until the virus is no longer able to function – a phenomenon in virology called “error catastrophe.”

Paxlovid uses a different mechanism to prevent the virus from replicating. SARS-CoV-2 creates proteins that are needed to build new viruses as one long string, called a polyprotein. But the polyproteins have to be chopped into smaller parts by a viral enzyme called a protease in order to become active. Paxlovid blocks the virus’s protease from doing this job, thereby preventing the virus from completing its life cycle.

How COVID-19 pills would be used

There are currently two primary forms of treatment for COVID-19 in the U.S.: antiviral and anti-inflammatory medications. Antiviral drugs stop the virus from growing in the body and are given within the first few days of symptoms to prevent severe disease. Anti-inflammatory drugs moderate the immune response and are used to help sicker patients who need oxygen.

Molnupiravir and Paxlovid were studied in separate clinical trials with similar designs. In both studies, the drugs were tested in outpatients with risk factors for severe COVID-19 who were at an early stage in their illness. Both studies also looked at how likely patients were to either die or be hospitalized. However, neither study has yet been peer-reviewed.

Molnupiravir reduced the risk of death or hospitalization by about 50% in non-hospitalized adult patients with mild to moderate COVID-19 when treated within five days of symptom onset. Paxlovid reduced this risk by about 89% for patients treated within three days of symptoms and 85% for patients treated within five days. Importantly, no patients who took either drug died in the studies. Because the drugs were not studied head to head, it’s difficult to say whether one will be better than the other in the real world. In early November, Britain became the first country to approve molnupiravir for use.

Molnupiravir did not help hospitalized patients recover faster from COVID-19. It is likely that Paxlovid would also not be useful at the point of hospitalization. Most patients who are in the hospital with COVID-19 are sick because of unregulated inflammation and not because the virus is still replicating in their bodies.

If and when these drugs get authorized in the U.S., they will probably be used for the same higher-risk patients who are eligible for monoclonal antibodies today. Monoclonal antibodies may still be used, though, for pregnant people, people on dialysis and some immune-compromised patients.

The U.S. has already purchased millions of doses of both molnupiravir and Paxlovid in anticipation of their authorization. However, the pills will only be useful if people also have access to cheap, fast and accurate COVID-19 tests, which are currently in short supply. If COVID-19 is diagnosed too late, patients will already be outside the window of time when antiviral drugs can be helpful.

Other antiviral drugs are in development, including an oral form of the first COVID-19 drug, remdesivir and long acting injectable monoclonal antibodies.

Researchers are also working on repurposing existing drugs to treat COVID. Inhaled steroids like budesonide and an antidepressant called fluvoxamine are particularly promising.

While it’s exciting to see new treatments for COVID-19, prevention is still the best strategy. The COVID-19 vaccines continue to be the most effective tool for helping to end the pandemic.

The author, Patrick Jackson, is Assistant Professor of Infectious Diseases, University of Virginia.

The article is republished from The Conversation under Creative Commons licence.