‘Crossover doom prophecies’ and the law 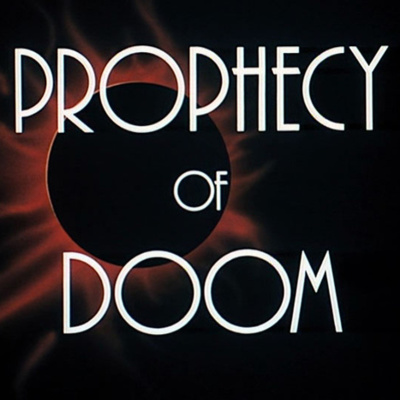 All too soon 2019 draws to an end. It has been an eventful year with lots of news headlines. Notable among them are; the suspension of PDS licence, retrieval of body parts believed to be the remains of the 3 kidnapped Takoradi girls, the kidnap and swift rescue of 2 Canadian girls, the abolishment of the luxury vehicle tax, the introduction of 100 and 200 cedis banknotes by the Bank of Ghana, the promotion of ‘Ghana Rice’ and the withdrawal of a scheduled referendum.

As a new year beckons, the first week, as usual, will not be devoid of news of numerous ‘Prophets’ displaying their prophetic prowess.

Interestingly, these prophets do not seem to see into the future of High Commissioners, Ambassadors and Diplomats living in Ghana. Probably because this category of persons do not follow-up on the so called prophesies to make donations for prayers which can nullify the doom or death.

READ ALSO: Be wise with your prophecies for 2020 – Duncan-Williams advises pastors

As a person with legal knowledge, I am amazed at why these prophets always prophesy doom and death, cause panic and distress and still get away with it. Is it that the personalities they prophesy about are oblivious of the laws of our land?

A quick read of the Criminal and Other Offences Act, 1960 (Act 29) reveals that a prophet who makes pronouncements of death can be charged under Section 208 which deals with Publication of false news. There is also the offence of Offensive conduct conducive to breaches of the peace which is captured under Section 207 of Act 29.

For easy reference, Section 207 of Act 29 states as follows:

Also, Section 208 which has its heading as “Publication of false news” states as follows:

The two statutory provisions which have been reproduced above suggest that persons are expected to be guided by the words they put in the public domain. These requirements, to me, is much higher with respect to prophets/pastors/preaches since such persons usually have large followings and their words have far-reaching effects than the ordinary man.

However, these prophets under the guise of prophecy and freedom of speech, would say literally anything and get away with it. What we seem to forget is that ‘free speech’ which finds its roots in Article 21 of the 1992 Constitution of Ghana has its parameters.

Now let me turn my attention to the vessel these prophets use to disseminate their messages of doom – the media. It is an undisputed fact that the media enjoys freedom and independence under the Constitution. For example, Article 162(4) of the Constitution, 1992 states that, “editors and publishers of newspaper and other institutions of the mass media shall not be…harassed for…the content of their publication.”(Emphasis mine)

In another breath, however, Clause 6 of the same Article states that “Any medium for the dissemination of information to the public which publishes a statement about…any person shall be obliged to publish a rejoinder, if any, from the person in respect of whom the publication was made” (Emphasis mine). This suggests to me that the framers of our Constitution upheld responsible speeches and publications.

Despite the Constitutional provisions above, some of our ‘prophets’ make ‘careless utterances’ on a daily basis all in the name of prophesy. As if that is not enough, these unguarded utterances are broadcast which in turn creates fear, panic and discomfort.

A further read of the Constitutional provisions on the Freedom and Independence of the Media reveals that the provisions on media freedom are subject to laws that are reasonably required in the interest of public morality and for the purpose of protecting the reputations, rights and freedoms of other persons.

A cursory look at case law in Ghana’s jurisprudence would reveal that our Parliament and Courts are not asleep to the ills of the society, particularly in relation to speeches which offends morality. In the case of Ghana Independent Broadcasters Association v. A-G and Another, Unreported, Suit No. J1/4/2016 dated 30th November 2016, the Court opined that, in the legislative antecedents of this country, all matters which have the effect of restricting free expression have been made laws by Acts of Parliament. Examples are the Cinematograph Act, 1961 (Act 76) which permits some form of film censorship and creates offences with criminal sanctions for infractions thereof; the Criminal Offences Act, 1960 (Act 29), which criminalizes minor offences like use of insulting words (section 207), publication of false news (section 208) all of which impose some restrictions on free expression.

Also, Lord Denning M.R. in the case of Slim v. Daily Telegraph and Another [1968] 1 All ER 497 opined that…the right of fair comment is one of the essential elements which make up our freedom of speech.

I must say that, granted our prophets need to prophesy, I believe these prophesies can be made in a more decorous, humane and discrete way. The question which keeps beckoning in my mind is, how would these same prophets/pastors/preachers feel if the same ‘ill prophesies’ were made of them?

As the curtains of 2019 come down, will citizens whose name appear on prophetic list become ACTIVE CITIZENS in 2020 and do the needful?

You are not alone if you have been wondering what institutions like the Christian Council of Ghana, the National Media Commission, and the Registrar-General of Ghana are doing about this worrying phenomenon?
I REST MY CASE!!!