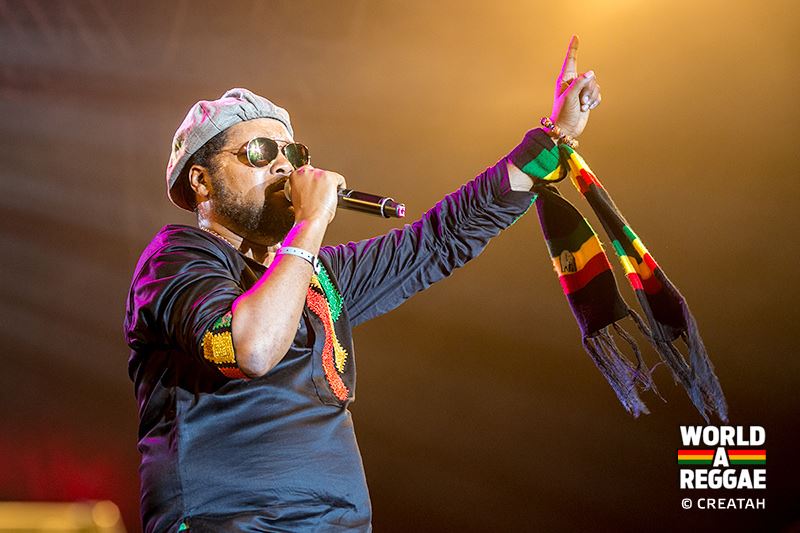 Dr. Knii Lante Blankson strolled into the garden of Paloma hotel with a friend, his wife and two lovely children; a boy and a girl. Casually dressed in a check short sleeve shirt and blue black jeans, he told me he has been on leave for the past few weeks, trying to rest and also use the time to work on an upcoming health project and musical concert at Jamestown, Accra.

His black beret, a symbol of his addiction to revolutionary philosophy roiled in social justice, firmly sat on his head. Smiling and occasionally running his hand in his beard, part of the ingredient of his identity, Knii Lante, who was born into a family of physicians, has been busy promoting his new afro-pop single “YOU,” which features Daavi Diva Feli Nuna, the silver hair soul singer, whose unconventional approach to music was something he could not ignore.

“I had in mind to make it more Francophone in its approach but when we had finished it, we had a discussion about which Ghanaian artist will best fit in the duet,” he said, adding: “I had seen Feli Nuna’s videos, her image was really striking; very entertaining artist. She has distinguishable white hair, her voice is good, is top notch, it’s up there.”

He said once they were done with the consultation, which was brief, a call was made and Feli Nuna agreed to be on the song. The single has elements of zouk, R&B, soul and complimented by an afropop rhythm.

An idealist whose lyrics traverse the bars of reggae, pop, R&B, afro-pop and hi-life, Knii Lante is a trained medical doctor and specializes in internal medicine as Diabetologist and Cardiologist. A former chief resident at Korle Bu Teaching Hospital, he now works with the Trust hospital where he has been since 2007.

“What I do mainly is working with drugs (medication) because when somebody comes with a heart attack, there is nothing you can cut,” he said. “For internal medicine we deal with diseases that don’t need cutting or even some of the diseases that need cutting, we refer to the surgeon,” he added.

The job of a medical practitioner revolves around the clock and one can be called at anytime, whiles even on the road from the same facility, and Knii Lante knows that very well. Especially as an artist who divides his time between the ward and the studio, there have been instances where he had to temporarily suspend a recording session in order to return to the ward.

“It has happened so many times. I am recording and I have a call and I have to stop,” he said, adding: “And usually am so angry; am like wow, what is all this,” he said.

But his anger often turns into “gratification” especially after the sick patient recovers from the illness.

Another incident was when he had to rush to the hospital for an emergency situation while waiting to be called to perform at a concert.

“I was back stage just getting ready to go and perform and was called for an emergency. My friend had to inform the stage manager and organizers that this had happened, so we quickly had to rush to the hospital,” he told me with a smile.

“I thought I was just going to go for thirty minutes and one hour and come back,” he continued.

Four hours after leaving the conference centre, venue for the event, he returned to perform before the show was over. And the fans gave him a rousing welcome after it had been explained to them the reason why he had to leave to the hospital.

Versatile, fluid and gifted in playing the guitar and piano, Knii Lante continues to defy the limits placed on him by a demanding profession to provide classy songs spanning beyond a decade. His first album, “Love & Revolution” mostly produced by Zapp Mallet. The sixteen track album spans across different genres from Afro pop, zouk, reggae, soul and Ballad.

Six months after the release of the album, one of the songs, “Big Tree” caught on with the public. It carried a simple message; corruption is a canker that needed to be fought. He sang from the heart.  Ironically, it was also the election season and the song became an anthem for some of the parties, especially the opposition, who rallied their members for a last push to the seat of government. But there was more to the song than the political colorization given to it.

“I picked the lyrics from the book of Revelation which was talking about mystery Babylon and how she will fall,” he revealed. “It had nothing to do with NDC or NPP but eventually people applied it the way they wanted to apply.”

His second album, “True Feeling” was produced in Jamaica and reflected the good mood he was in at the time. An entirely reggae album, it has spices of love and revolutionary songs.

Knii Lante has several singles including “Bo Noo, Legos To Vienna” and many cover versions, including “Thinking Aloud” by Ed Sheeran.

Reading, like writing lyrics, comes to him with ease, and he spends time scavenging through books of revolutionaries like Kwame Nkrumah and like minds for tips to compose songs. It is clear the black beret on his heart is never worn in vain.