'Great and not famous men' by Elizabeth Ohene 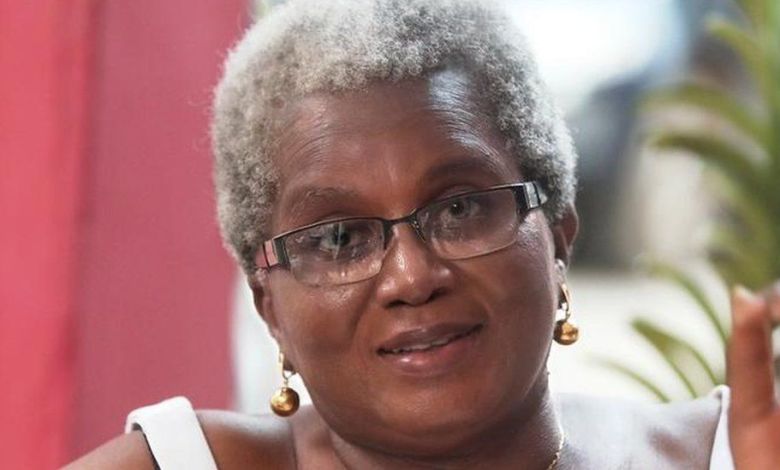 I am not sure how the IGP came by his list of celebrities that he invited to the meeting with the Police management.

I notice that there have been some complaints that some people, deemed to be celebrities, were not invited to the meeting.

I have since then been trying to work out how one qualifies to be regarded as a celebrity.

The concept of celebrity is of course, quite modern and I concede that my regular source of finding definitions, which is a dictionary, might not be suitable.

So, I went to Google and of all the definitions given of celebrity, I have decided on: “a condition of fame and broad public recognition of an individual or group as a result of the attention given to them by the mass media”.

The important bit must surely be “the attention given to them by the mass media”.

I had of course been brought up and had led my life thinking that to be famous, you had to be great, but now it turns out you don’t need to have done anything important or for the good of this world to become famous.

Indeed, you can become a celebrity as a result of infamy.

Mind you, I am not expecting that only Nobel prize winners or heart surgeons should be famous.

Last Sunday, eleven young men kicking a football around at the Cape Coast Stadium reduced the entire country to a nervous wreck for 94 minutes.

Even those who claim not to have any interest in football had no choice but to find out who Andre Ayew was since there was nothing else being talked about in the country.

I am not exactly a Boxing fan but I do know about Samuel Takyi because he got Ghana’s first Olympic medal since Barcelona when he won the Featherweight Bronze at the Tokyo Olympics back in August this year.

The singers and actors come in a different category altogether by themselves.

Once you are in the entertainment industry, you are deemed to be famous.

They are on television and I have seen a definition of celebrity that says once you enter a room full of people and you are known by 20 of them, you can take it that you are famous, even if not yet a celebrity.

Once upon a time, without Facebook, without Instagram or any of the Social Media outlets that guarantee instant fame today, the test for fame was more rigorous and once achieved, was likely to stay for a long time.

I find that once I learn that greatness is no longer a necessary ingredient for fame, it is easy to work with the modern ways.

A fortnight ago, I wrote about Atta Kwami, painter, sculptor, curator, art teacher and childhood friend who had died and was being acknowledged around the world but not in Ghana.

Someone questioned my definition of him as a famous man.

Now I am not sure he was ever featured on Ghana television and I suspect that for many people, if he was not a television celebrity then he wouldn’t qualify as a famous man.

This past week, a man has died who would definitely tick all the boxes for being a great man.

If one were to think of the impact he has had on the lives of people in Ghana, producers and editors would break into radio and television programmes to announce his death and there would probably be special programmes telling us about his life.

However, apart from his immediate family and the medical fraternity, I doubt that many people know that Professor Emeritus E. Q. Archampong has died.

This Emeritus Professor of Surgery has held many elevated positions in many universities around the world but it is enough to say that in the past 50 or more years he has been the authoritative voice in Surgery in Ghana.

He was the former Head of Department of Surgery, former Dean, School of Medicine and Dentistry, University of Ghana and one of those who helped to build the surgical department and train medical students and surgical specialists in Ghana.

Long after he had retired, he could still be seen around the wards in Korle Bu, ready to help.

All those who went through his hands speak of how reassuring a presence he was simply by being there.

It was said of him that he loved surgery so much he couldn’t quite understand why or how any medical student would want to do anything else but surgery.

He wasn’t exactly loud and outside the operating theatre and lecture room, he was not likely to make his voice heard nor speak out of turn.

So, by our current criteria, he wouldn’t be measured among the famous in our country.

He might not be famous by the new way of measuring things, but surely he would be great whichever way we measure contributions to our society.

We might have to start by amending the words of the famous Methodist hymn 896.

By my reckoning, the majority of people who would deserve recognition might be great but they will not be famous.

At least not in terms of being Shatta Wales.

We shall be praising great but not famous men.

Professor Emeritus Archampong and others like him would fall in that category.

Their lives would probably be boring to a generation brought up on Instagram where there are photos of everything they have ever done.

These were men who invariably had very few photos of themselves, never mind of the things that they did.