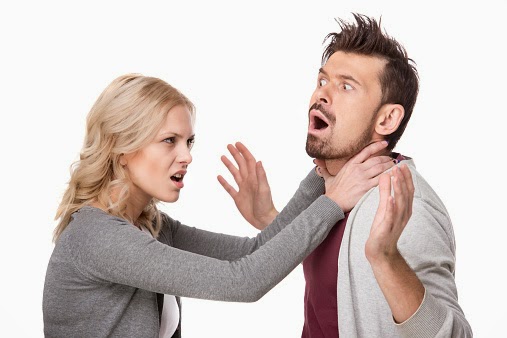 How to insert: We met a prophet at church last Sunday. That was my first encounter with a fake prophet la. People say it but I never believe o. Ask me how I got to know.

He told my wife in my presence that she is the luckiest woman on earth because ‘from what he has seen in the spiritual realm, her husband Mawuli has never cheated on her, so she should take good care of me’. Come and see the look on my face, as if I should protest and correct him but I ended up saying ‘Amen’ to the Halleluyah chorus that erupted in the church auditorium. What a prophecy!

It looks like it is only in Ghana that private cars appreciate in value, with time o. I bought a car in 2008 at GHC11,000; I sold it last week at GHC20,000! I don’t know how this magic happens but that is what happened la. The lady who bought it paid an initial amount of GHC18,000. The last GHC2,000 payment was received just this morning. I went with her to use the ATM card. First she inserted the card into the machine and withdrew it before inserting it again; she explained to me that sometimes for security reasons, there is the need to do that. I have not used an ATM before so I just admired how she did it.

Oh it was nice. She pushed it into the machine and punched something kpin kpin kpin and money came out piaaaa! She now taught me how to insert ATM card into ATM machines but said I should make sure there is enough money in my account before I do so otherwise the machine will say: ‘Insufficient Funds’. Ei white people are good o; they can make you save money in a wall! God bless you, Korshi Broni. At least I have learnt something new and that is: ‘How to insert…an ATM card! So what were you thinking? Bud mind! Hahahaha!

Dr Samuel Kwame Amoah of Zeeghurt fame, Sunday is your birthday o. I go come booze for your house roff! After that I will pass by the Westhills Mall and use ATM to collect money from a wall!

It’s Fridayyyyyyyy! Just imagine your salary had just been paid and you went to give yourself a treat at PenPinski! Just before you start eating, a call comes through from Ablavi and it goes like:‘Baby, I need to see you! We have to talk o. What time would you close from work; it’s urgent o’. Then at this point you want to know why she wants to see you as she keeps you sweating and on urge. Then you begin to feel uneasy and ask: ‘Ablavi, give me an idea as to why you think we should meet so urgently; just give me a gist’. Then she replies: ‘Baby, I can’t say everything on phone but we urgently need to meet; hmmmm! ‘Are you alright’, you quiz further and she replies: ‘well, …hmmm, you, when we meet’. As you insist she gives you a gist, she sets you thinking about your worst fears: ‘I have not been feeling well in the past 4 days and went to the clinic today that’s why we need to meet’. Several questions spring to your mind at this point: has she missed her period? Eish! If that is the case, at least, here you have some control and ‘remedial’ measures and in the worst case scenario, you get a baby and have to face your own wife sooner or later and bear the unpredictable unpleasant consequences.

Read  also:  Pay your wives every month for keeping your homes - Pentecost Pastor to men

There is nothing as depressing as a side chic in ‘this state’ who refuses to ‘clear’, I am told. Clear what? You won’t ask? What if she agrees but dies in the process? At this point, if care is not taken, you may be tempted to discuss it with your wife bcos chances that you may go to police is high and the shame you can bring to your family is immeasurable. Anything can happen o, yooo.

The other fear fear question you would begin to ask yourself: ‘or maybe she went to do HIV test and… ei or? Ala! At this point, only God can tell if you would still continue to have an appetite for that food!

Extra marital affairs and the stress and wahala they can bring you er! U have no idea! I think every man should cheat small and feel the stress that goes with it, after which nobody advises them to back out. Sometimes this side-chic ‘jamboree’ is to unnecessarily get ‘help’ from outside but does it really solve a problem? Hope you know about the cobra-effect where you create more problems while solving a problem! I don’t know why we men don’t like peace of mind kraa like that. Don’t be careful o, yoo. We often forget that SIN FASCINATES AND ASSASINATES’! I won’t advise you to STOP o bcos the moment you stop, it means me too I have to stop. Hahaaaa!

It’s Fridayyyy and pockets are getting dry again and some of us have started getting angry at nothing. Just this morning, a driver recklessly crossed me at Kwashieman and I nearly ran into him. Angry, I made sure I drove closer to him just to insult him. Indeed my derogatory insult of some very bad words coincided with his raising of both hands to apologise. I felt so awful and bad and wish I had the opportunity to apologise to him but he was gone and I was gone. I am still unable to forgive myself. Sometimes it’s important to have some restraint when people provoke you. You can never tell what people are going through. If people should tell you the problems they are carrying er, you would thank God for yours! Until then, you would think your problem is the biggest in the whole universe. God forgive us and give us patience to react slowly!

The last time I went to see a medical doctor over the fact that I am unable to sleep at night, he asked me a question: ‘Do you owe the bank’ and I said YES. Then he came with a prescription: ‘Take another loan to go and clear the old one; at least you can sleep better for a few months before they start deduction of the new loan. At least it would give you some respite for a little while before you have difficulty in sleeping again’. He continued: ‘But I can guarantee you that you would never know peace once you continue taking or living on loans. Can’t you manage your little salary or save small small? Loans enslave you while savings empower you’. Don’t think about it; just go and take a loan! ‘Useless advice’ indeed!

It was this same doctor that told me to stop taking too much salt and that it is not good for sleep and bedmatics. Really? Let me ask you o, if you owe a microfinance company and business is slow, your children have been sacked from school for owing school fees, can you sleep let alone think about jumping on your wife? To do what? Don’t waste your time o, Sammy. Stop blaming innocent salt; the real causes are internally external and you have very little or no control so long as you continue to take loans to solve problems (remember the cobra-effect).

Looks like I am talking too much today. Hahaaaa. When a talkative tells you that ‘you talk too much’, abeg, it means you really can talk and he is encouraging you to establish a radio station’! Some people can talk o, Ala! Mr Bright Gberku of the World Bank, I greet you oo, hahaha!

It is the irony of life. Life is funny o. I met a friend at Korle Bu and he was conspicuously disturbed. Reason? He has been diagnosed with diabetes. He was even more worried the fact that among his friends, he is the only one who does not drink alcohol yet he’s the only one who developed diabetes. He exercises, he eats on time, he takes in a lot of fruits and vegetables; he does not eat late yet…The things we fear and be careful about, hmmmm! It’s only God o, but he goes to church too paa o. ei! I am still wondering how! Ehern is it true that excessive akpeteshie drinkers hardly develop hypertension and rather it is liver problems they develop? If true, then that is another irony of life! Agbemenya wo lolo!