'I was there when Queen Elizabeth II died' by Anny Osabutey 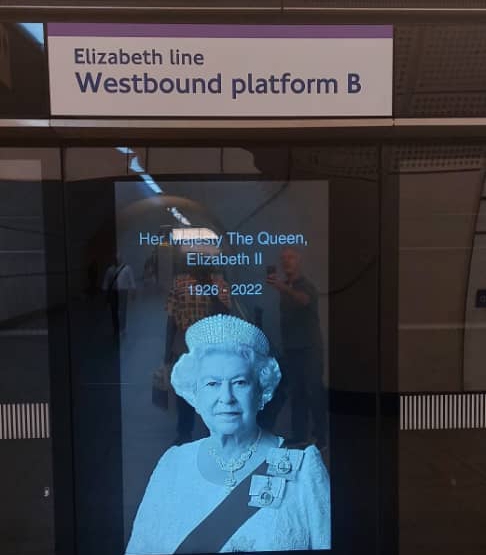 The Ladbroke Arms is described by many as a “destination pub” for both British and tourists who want to sample a slice of the nightlife in the English capital, London.

Tucked away in Notting Hill, west of London and in the Royal Borough of Kensington and Chelsea, the Ladbroke Arms is discreetly shelved from the preying eyes of strangers, yet, popular for those who want to indulge in a soft evening of fine wines and assorted dishes ranging from spinach, pea and barley risotto, lemon ricotta or mint crisps. Or even a burnt onion with bone marrow crumb and applewood cheddar. 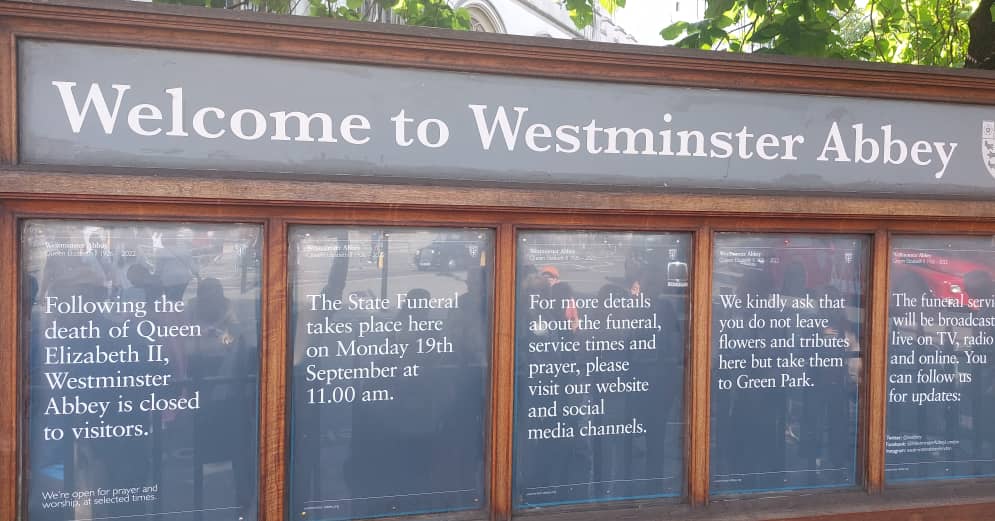 I was at the pub at the invitation of a friend, a famous British journalist, and BBC Panorama reporter, with whom I have been close for more than a decade.

Together with his wife and another colleague of his, a freelance film editor who has now become a friend, we were sat at a table and a well iced sparkling wine was brought to it. My journalist friend who had returned from Ukraine weeks before I got to Britain, shared with us some insights into what it was like to be reporting from the war front.

A BAFTA winning journalist and author who has worked in many conflict regions, he was in the middle of our conversation when a voice with a thick London accent boomed from a corner of the pub: “I’m afraid the Queen is reported to have died.” The room went silent for a second or two. Then, as if by designed, almost everyone reached out for his mobile phone. I went to the BBC website who had a photo of a then middle-aged photo of the monarch with the headline: Queen Elizabeth II has died.”

The story quoted then Prince Charles who is now King Charles III, saying: “I know her loss will be deeply felt throughout the country, the realms and the Commonwealth, and by countless people around the world.”

Her death came a day after she had met with the now Prime Minister Liz Truss. The meeting between the two took place at the Queen’s Scottish estate in Balmoral, where she had spent much of the summer. She came to the throne in 1952, after taking over from her father who died in his sleep, aged 56.

It was agreed for a minute of silence to be observed in her memory. We later went to a nearby Italian restaurant, where we had pizza and drowned ourselves in red wine and a conversation about the death. It was a sombre night. We later stepped out to see a sea of lighted images of the late monarch at bus stops.

The images were everywhere in the London undergrounds. Later when I got the train to head back to my apartment, most commuters were discussing the monarch’s passing. Though her death came as a shock, the last released image of her and the Prime Minister raised some eyebrows in the public.

The late Queen had been around for a long time one almost felt she was immortal. Coming from where I grew up and the kind of education I had in my teenage years, my knowledge of Queen Elizabeth or even the British monarchy, was limited to the popular Queen Elizabeth body cream and powder, which was found in almost every home in a typical Ghanaian compound house.

I loved the powder, and I would not go to bed without painting my face, armpit and even between my legs-it did make sleeping enjoyable. I remember when I once bathed in the powder and in the middle of the night, when I deliberately refused to wake up and ended up urinating in the straw mate.

My mother made sure I paid for it. Later in life and when my appreciation of global events became advanced, thanks to the BBC and my interest in reading, I became enchanted by British history and the monarchy. In one of my poetry classes at university, we did the poem “Rule, Britannia! a 1740 British patriotic piece by James Thomson.

When Britain first, at Heaven's command
Arose from out the azure main;
This was the charter of the land,
And guardian angels sang this strain:
"Rule, Britannia! rule the waves:
"Britons never will be slaves."

The nations, not so blest as thee,
Must, in their turns, to tyrants fall;
While thou shalt flourish great and free,
The dread and envy of them all.
"Rule, Britannia! rule the waves:
"Britons never will be slaves."

There are those who say the poem provided Britain the perfect oxygen to perpetuate centuries of violence on states they colonised and looted from. They argue the monarch’s crown contains gold and diamonds stolen from African colonies and should be returned to the rightful owners.

I am in no position to engage in that debate but what I know is that, the world may never witness a British monarch reign this long, including seeing off more than ten British Prime Ministers, African liberation fighters who later became presidents, as well as other world leaders whose reign impacted the course of history.