'Kusum Gboo: If you can’t comply with ban on drumming and noisemaking, then move out…' by Anny Osabutey 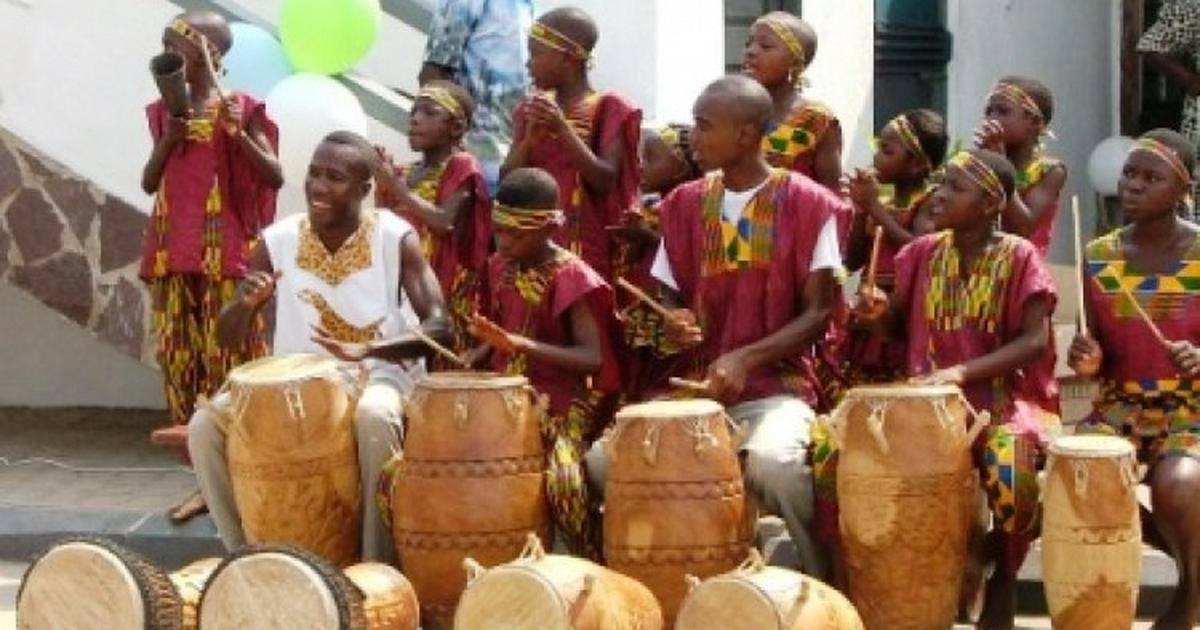 Recently when commercial bus drivers and commuters were squabbling over the exact fare to charge, following an increase in fares by driver unions, I jumped into an Abeka Lapaz bound trotro from the Accra Mall junction.

My destination was the Dzorwulu traffic light, not very much of a distance. In the evening when the weather is better, I cover that distance on foot. But in this occasion, the smoldering sun was never gentle to my baldhead.

I was not going to subject the head to the sun’s aggression, so I joined the Trotro. Inside the bus was a giant speaker stashed under one of the seats at the back, booming with popular Ga/Dangme artist Adotey Tetor’s Kodzolo, or judge. The driver sang some few lines, as he honked his horn through maize of motorbike riders who had blocked the entry to a nearby bus stop. He yelled something in the Ga language to one of the riders who gave him a finger in response.

Dressed in a white sleeveless shirt, nicely trimmed afro hair and his beard showing traces of grey, he managed to smuggle himself through the traffic to the bus stop, beckoned to the mate (assistant bus conductor in charge of the money collection) to hurry up. He was soon back on the road but the traffic held him back, which he so much despised and poured his frustration on a tricycle rider trying to force itself into his lane. The two engaged in verbal exchanges which was rudely interrupted by the traffic blinking green. He kept on with the insults until a female passenger persuaded him stop.

“The ban on noise making will soon be announced and this your loud music will stop,” the passenger added. He quietly turned down the volume and asked if the ban had kicked in. The two soon started a conversation about the Ga Dangme tradition, which precedes the celebration of Homowo.

The Ga Traditional Council this week announced the ban on drumming and noisemaking. The ban started on May 9 and will end in June 9. The ban, according to the council, affect noisemaking such as drums, use of music instruments and outdoor music within the Ga community.

The statement also said: "The Ga State would also pray for the Country and its citizens to continue to keep the peace, the love, tranquility and good spirit.”

The Council also cautioned the public against making derogatory remarks about the rites, just because they do not believe in it. In 2014 for example, some youth around Abeka Lapaz invaded some churches, confiscated music instruments and chased some of the members away. Those churches, ironically owned by one man, publicly scorned the rite by labelling it “demonic.” One chap, who said he was a prophet, said anyone who stood in the way of the church was going to be consumed by God’s wrath. But he was the first to take to his heels when the youth invaded the church, and stopped the congregation from playing the instrument.

It's unfortunate but the truth is, it is often these mushroom churches and their prophets who are often on the wrong side of the ban, and the reason is simple; they misrepresent strange voices in their heads as the voice of God who has directed them to liberate his people away from pagan worship.

But to maintain the peace and avoid any of such incidents, the metropolitan assembly issued the following guidelines as part of the peace and cohesion.

1. During the period of the ban, churches are expected to carry out their activities within their premises and refrain from the use of musical instruments.

2. The positioning of loudspeakers outside the premises of churches, mosques and pubs are banned. Roadside evangelists are to cease their activities during this period.

3. Religious bodies and the Traditional Authorities must show respect for one another and restrain their followers from making derogatory and inflammatory remarks about the beliefs and practices of one another.

4. Other guidelines by the Ga Traditional Council (GTC) include a ban on funeral rites and their related activities.

5. Apart from an Identifiable task force that consists of AMA personnel, the Ghana Police Service and Representatives from the Traditional Councils with tags, no other person or group of persons should be seen or found enforcing the abatement of noise in the metropolis.

The assembly also entreated the public especially within the Ga Traditional Area to cooperate and comply with the directive accordingly during this period.

The security agencies should never have been involved in the observation of the rites but the reckless pronouncements of some so called “Men of God,” in previous years, who wants their followers to believe they have God on speed dial, has left the Council with no choice on the matter.