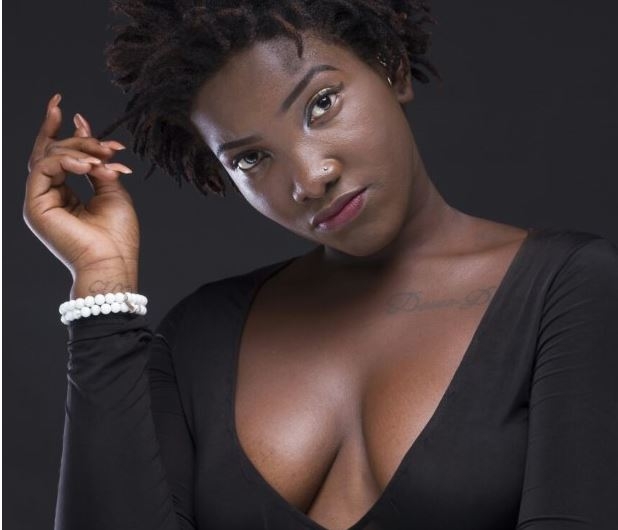 Dear Ebony, Our wise elders once said the rat which makes its abode by the popular village path is either extremely courageous or a speedster. In the same way, it takes more than courage for a married man to openly write a love letter to another woman.

That man is either a daredevil or his foolhardiness is matchless. I want you to take this letter seriously because I have had to risk other factors in order to write to you.

Besides courting the rage of overzealous liberals and self-proclaimed feminists, who believe a woman’s body should never be a subject of public discourse, this letter is also bound to cause me image problems in the minds of those who have been cursed never to read an article beyond the headline. Also, those who think showbiz should be a no-go area for an investigative journalist like me will scroll on with a chuckle, “He does not take the advice to stay away from certain issues.”

Ebony, before I continue with what I intend to tell you, kindly permit me to repeat a story I have told before. It is the story of two mad women of Kete-Krachi. You may have missed the tale when I first told it. Even if you didn’t, it will not hurt to hear it a second time:

Once upon a time, there lived a mad woman in Kete-Krachi called Dzolefimi. No one actually knew her real name, but like her counterparts who came to the northern Volta peninsula district before and after her, she earned her name from her behaviour.

A mad man was named Blue Blue because he wore only blue attire. We also had Bonjour, who was so named because he spoke French and often greeted whoever he met “bonjour.” There was also an ever-smiling Fulani mad man called Alhaji; he wore a hat similar to that of a Muslim cleric. The list goes on.

Here is how Dzolefimi got her name and fame, or rather, notoriety. Her tongue was sharper than the edge of a circumcision blade and more poisonous than the venom of a viper. She spoke only Ewe and would often shout, “Dzo le fimi!” [Get away] after hurling a barrage of insults at whoever crossed her path. Some people in Kete-Krachi concluded that it was her sharp tongue that attracted the curse or spell that caused her madness. But she didn’t stay that way forever.

Old age soon caught up with Dzolefimi, and the otherwise aggressive woman was now seen quietly at street corners. On one cold harmattan morning, she was squatting near the Hospital Junction when she saw a young madwoman walk up and down the road, chanting and insulting aggressively. This mad woman, who spoke Dagbani, was new to town and was yet to get a name, but the whole town felt her presence. When she was climbing and descending the main street of the town about the fifth time that morning, Dzolefimi called her calmly.

“My sister, for how long have you been mad?” Dzolefimi asked her.

“Only last month,” she replied. “In fact, Kete-Krachi is my first station.”

“I thought as much!” Dzolefimi exclaimed and went ahead to admonish her. “I just called you to tell you to slow down. If you asked anybody in Kete-Krachi here, from Lakeside to Gyanekrom, they would tell you my exploits. But here I am today, unable to even go round and beg for food. I could have been your competitor in what you are doing now, but I danced myself lame before the real dancing competition began. Slow down, my sister. Life is a marathon, not a sprint.”

Ebony, our elders have taught us that a wise child is not spoken to in plain words but in proverbs. And since it is only a fool to whom a proverb is explained, I could have ended this letter here. However, I have come to realize, rather painfully, that in this era of Facebook and WhatsApp, the wisest of our generation do not seem to be able to wrap their heads around the simplest of proverbs or the ancient wisdom of speech with which words are woven. So let me add a few lines to the mad women of Kete-Krachi story.

If you’re still wondering who the mad women are, let me tell you another story. It is a story I would tell the youth in my old age. It is the story of two very talented female Ghanaian musicians who were in the limelight at various times in my lifetime. The first one was Belinda Akua Amoah, known in showbiz as Mzbel. The younger one, who came in the evening of Mzbel’s career, was Priscilla Opoku Kwarteng, who went by the name Ebony Reigns.

They both had something in common. They were great musicians by all standards, but when their names were mentioned, what came to mind was not their music. It was nudity.

In the year 2017, both musicians made very profound statements about nudity and their brands. When Ebony was criticized for showing her private parts in public, she defended her action on Hitz FM and said:

“I don’t care about what people say about my dresses. People who know me before music know that I can be more nude than what I do at the moment. My manager has even made me tone down because sometimes I pick a dress for a show and he tells me Ghana is not ready for such a dress.”

A few weeks earlier, Mzbel had appeared as a guest on Joy 997.FM’s Drive Time with Lexis Bill. I could not stop listening to her because I was intrigued by her honesty. There were a few questions she said she did not want to answer, but those she did answer, she was at her usual candid best. She was not a pretending like most “celebrities” do.

When she was asked whether nudity had helped her brand as a musician, her answer was an emphatic no. She said the reality that nudity was hurting her career had dawned on her only five years ago.

“I was just having fun, being myself. I was comfortable. No one around me ever said that what I was doing was wrong. They [people] will criticise me on radio and TV, but then when there is a show with my name on…it is packed,” Mzbel revealed.

Ebony, Mzbel was not told the truth by the people who mattered to her. And it is not different in your case. I read an interview your father, one Nana Opoku Kwarteng, granted Graphic Showbiz in which he defended your nudity and called Ghanaians who spoke against you hypocrites. What your father failed to address was the fact that your nudity is not limited to stage performance.

Recently, I was at the Joy FM reception when you entered and went to Hitz FM. Your loose African-print top was just long enough to cover your breasts. Your tight-fitting pair of jeans trousers was held by an equally tight-fitting belt that accentuated the stretchmarks that decorated your waist.

There is also a video online, which shows your private parts. You were not on stage performing. Two weeks ago, someone forwarded the video and pictures your publicists circulated when you performed at Koforidua Secondary Technical School, and I thought in choosing your outfit, you could have considered your audience even if the headmaster and school authorities were irresponsible enough to allow you to mount the stage in that. One entertainment blog captioned your show, “Ebony ‘sexcites’ students of Koforidua senior high school.”

{loadmodule mod_banners,nativeads}
With the staunch backing from your father, who says he’s your biggest fan, it is easy to see all the criticism by others as nonsense and the critics as haters and enemies of your progress. You may say they are envious of your success. But should you suffer the fate of Mzbel, don’t ever say people never told you the truth. The truth was very loud but you were too intoxicated with unwholesome fame to hear it. And what is the truth?

The truth is that you’re an exceptionally talented musician. The truth is that your voice is a great asset and if you have the right guidance and management, you can become a worldwide legend. You can be a Miriam Makeba or a Celine Dion of your own genre and generation.

The truth is that your shapes will fade with age. No amount of cushioning or plastic surgery will stop your boobs from falling like empty fertilizer sacks as you grow. A time will come when no photo-editing software can hide the wrinkles of your aging skin.

Ebony, the truth is that your voice is unique. Only a few singers can boast of the sound that comes out when you open your mouth to sing. The other truth, however, is that there is nothing unique about your body. If women in Ghana want to expose a quarter of the flesh you show to the public, you may feel shy to expose yours further. In our part of the world, women have goods concealed in clothes.

The truth is that you don’t need to show nakedness to be accepted. Your talent is enormous enough. Respect womanhood. Your colleague male singers are accepted for their music, why should a woman do more to prove a point?

The truth is that those using pictures of “dipo” and other antiquated cultural practices to counter those who criticise your nudity will not allow their own children to undergo such cultural practices, let alone strip at the least opportunity. The truth is that those who think Ghanaians oppose your nudity because we are backward do not know that no high school in America will allow you to entertain their children dressed in the manner you went to Koforiua Sec. Tech. with.

When I went to the US, I kept hearing a lot of beeps on TV and Radio until I was told their electronic media were compelled to have delay systems to filter unwholesome or immoral language from being spoken. Those who do not comply are sanctioned.

Ebony, there are seven hundred and twenty-nine reasons your supporters will give to support the image you’re building. But as a high school drop out who has gone into music, you need longevity. You need to develop your music career and not fade out shortly like we see in this country. You need a brand that will earn you contracts as a brand ambassador for multinationals and international agencies.

The truth is that you need time to focus on music. Being musician is a full-time job. Being a stripper is another full-time job. Concentrate on where you have a comparative advantage, which I think is your music.

And anytime you want to repeat what you recently said about your nudity, kindly ask your father to tell you what our elders meant when they said, “The disease that will kill a person first breaks sticks into their ears.”