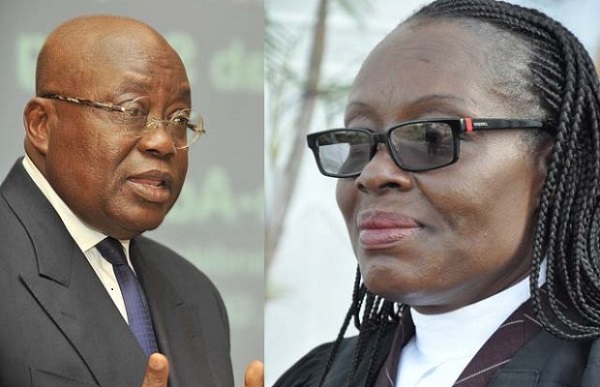 In the 2016 election, one factor that distinguished candidate Nana Addo Dankwa Akufo-Addo from his political opponents was his perceived incorruptibility and non-nonsense approach to graft.


Two years into his presidency, however, that myth has been broken. He offered a false hope. His presidency is not different from any other in the fight against corruption.

The story that won me two awards that night was a story about corruption. And I was disappointed that more than a year after that report, nothing concrete had been done about the fraudulent issues raised in that report even though I provided concrete evidence to back the claims.

Apart from the shady deals and questionable contracts that have been signed under President Akufo-Addo’s watch, the president risks being booed and jeered should he mistakenly mount the moral high horse of incorruptibility in the 2020 election for other reasons. There is no prosecution of the numerous allegations of corruption, which he and his New Patriotic Party (NPP) accused the previous government of perpetuating.

Some members of the President’s own party have expressed their disappointment that some of the corrupt persons are still walking freely even though their sins against the state are well-documented. They blamed the Minister of Justice and Attorney General, Gloria Akuffo, for not working hard to prosecute the cases.

The NPP supporters deserve to be angry and disappointed, but they should not blame the Attorney-General. Some of President Akufo-Addo’s ministers and his appointees are not cooperating with the Attorney General and the state investigative bodies. I can state for a fact that the Presidency is aware of this unfortunate and shameful development, but nothing is being done about it. Someone should remind the president that the elder who sits at home and allows children to eat python will not be left out when a roll call of python eaters is conducted.

I know this because of a case I have been involved in. In 2017, I investigated and revealed how some fraudulent sanitation contracts signed between the government and companies belonging to the Jospong Group robbed the nation of billions of Ghana cedis when, in some cases, there were no signs of execution on the ground. In other cases, the contracts were highly inflated, while some of the contracts were poorly executed.

My investigation revealed that a GHc333 million waste bins and bin liner contract which was awarded in 2016 to five companies of the Jospong Group had been inflated by at least GHc148 million cedis. Yes, GHc148 million cedis was put on the actual cost. This figure is bigger than the amounts allocated to 13 ministries in the 2018.

The problem with these contracts is that at the time of awarding them, all the metropolitan, municipal and district assemblies in Ghana already had multiple fumigation contracts with the same Jospong Group to do the same work.

The day after the first part of the investigative series aired on Joy FM, I got a call from the Attorney General and Minister of Justice, Gloria Akuffo. She said her ministry was interested in the revelations and wanted to act. She said she would discuss with the police and get them to begin criminal investigations.

It was the first time an investigation I had done got such immediate attention from the powers that were supposed to deal with it. GYEEDA, SADA and other high-level procurement frauds I had exposed in the past did not get the same immediacy and attention. I had no doubt in my mind that the Attorney General was serious about the case.

When she called, I said she should wait for the other angles of the investigative series to finish so that I could meet the police investigators. She could not wait. She said if those angles were done, they would pursue them. That same day I met some top officials of the Police Criminal Investigation Department (CID) and that week, investigations started. I submitted all the materials, invoices, videos and every other necessary information to the police, including a statement.

It’s been more than one year and three months since the investigations started but it is still not conclusive.

My sources in the Ghana Police Service say the investigative team are facing a lot of frustration from the District Assemblies Common Fund and the Ministries of Local Government and Rural Development. The Financial Forensic Unit of the CID have taken statements, conducted interviews and toured the entire country to gather evidence.

The information I have is that they have gathered enough evidence for prosecution in some of the cases but the Ministry of Local Government and District Assemblies Common Fund are the custodians of some of the source documents that would enable the Attorney General and her team of lawyers to proceed to court. These two institutions are not cooperating with the police at this level of the investigation.


I have no reason to doubt this information because when I was conducting the investigation, I faced the same level of frustration from these two institutions. I wrote letters to the ministries and agencies stating the cases I was investigating and seeking information from them.

The Ministries and agencies leaked the letters to the Jospong Group so lawyers for Mr. Joseph Siaw Agyepong wrote to them warning them not to give me information because they could be cited for contempt of court. The Group Chairman of jospong, Mr. Joseph Siaw Agyepong, had sued me in January 2017 for defamation. I filed my defence in March 2017 and he has since abandoned the case. Till date, he is yet to go to court, but he used that case as excuse to deny me the information.

When I tried to explain to the Administrator of the District Assemblies Common Fund, Irene Naa Torshie Addo, that Mr. Agyepong’s letter had no merit, she cut the call before I even made my point. I had followed up many times before finally meeting with her. She asked me to follow up after a month when she had settled. When I did, she didn’t have the patience to allow my to finish.

The Ministry of Health did not cooperate with me for the same reason.

The Local Government Ministry said it would seek legal advice from the Attorney- General’s Department on whether or not to respond. After two months of follow-ups, the Chief Director of the Ministry, Mr. C.K. Dondieu, said the letter had been sent to the Attorney-General for advice. After weeks of waiting and follow-ups, I went to the Attorney General’s Department and I was told that no such letter had come from the Ministry of Local Government and Rural Development.

When I returned to the Ministry of Local Government, Mr. C.K. Dondieu admitted the letter had not been sent. After that admission, the letter was finally sent to the Attorney General’s Department.

The Attorney General’s Department responded in a letter dated July 14th, 2017, stating that the information JoyNews was seeking would not prejudice the case in court so the ministry could release the information.

“Upon a consideration of the statement of claim, reliefs claimed and issues arising therefrom, we are of the respectful view that the subject matter of the court suit is different from the enquiry being sought by Multimedia Group Limited,” the letter which was signed by Deputy Attorney General and Minister of Justice, Godfred Yeboah Dame, stated.

It continued: “Even though the Right to Information Bill is yet to be passed by the Parliament of Ghana, freedom of information is guaranteed by Article 21 (1)(f) of the Constitution, 1992. A person may in fact sue to enforce his right to information relating to matters of public interest. The information requested for is of such nature as a person may bring an action to compel disclosure.


“It is our respectful opinion that a grant of the information requested for will not be inimical to the public interest. Neither will it be prejudicial to the conduct of the suit pending in court.”

He asked me to follow up in a week. When I did, he told me the contract documents I requested were missing and that the ministry would write to its agencies to see whether they had copies.

While I was following up, Joseph Siaw Agyepong filed an application seeking the court to stop the various ministries and government agencies from giving information on contracts signed with his companies. That frivolous case was thrown out by the court.

Throughout my investigation, I tried to meet the Minister for Local Government and Rural Development, Hajia Alima Mahama, but all attempts failed, including the letter I had written. I know the police CID, after one year into the case, were still trying have an appointment with her. If a minister takes office and an investigative bodies alert her of massive corruption in the ministry, why would she not be interested in it? What is her interest?

It is shameful that the Attorney General has to endure this in a government that came to power promising to fight corruption. Attorney General and her team of lawyers are not supposed to do investigations. They have enough information to go to court, but the actions of some ministers and appointees of the president will ensure that they lose cases that can be won easily.

This is also a sad narrative because for nineteen (19) years, civil society groups have fought in vain to have the right to information law passed. Our constitution guarantees that right.

From the frustration being endured by the Attorney General and her team, it is evident that the government stands to benefit if that law is passed. It is not for only journalists and civil society groups.