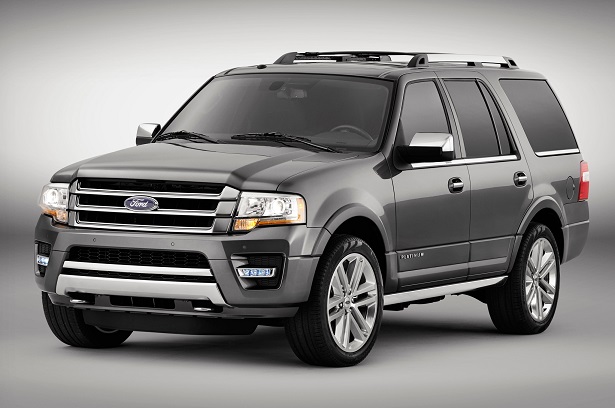 Last week, the Deputy Executive Director of the National Service Scheme (NSS), Nana Boakye, said the Ford Expedition given to President Mahama by the Burkinabe contractor, Djibril Kanazoe, was among the fleet of vehicles missing at the seat of government.

“In fact, the Ford Expedition which they claimed they have added to the pool of vehicles is not part of the cars…I went to the Jubilee House yesterday and demanded to see that vehicle that Kanazoe gifted to Mahama…but to my dismay, I found out that the vehicle was not part of the cars handed over to this government…” h said on Peace FM’s morning show.

On Saturday, someone forwarded a portion of a supposed report by the transition team submitted to President Nana Addo Dankwa Akufo-Addo. My name was mentioned in that part of the report, which talked about the Ford Expedition, the “prohibited gift” that was given to former President John Mahama while he was still in office. The giver of the gift was a Burkinabe contractor, Djibril Kanazoe, who was given questionable contracts by the government. The report, which is headlined, “FORD EXPEDITION GIFTED TO PRESIDENT MAHAMA.”

“We invited Mr. Manase [sic] Azure who did the initial investigations to brief the committee. He told the committee that from the clearance documents, photocopies of which he left with us, together with other documents, the car was cleared on 13th February 2013. The letter from the Head of Missions in Burkina Faso, which directed the Divisional Commander, Ghana Revenue Authority, Paga Border, to assist the passage of the said vehicle and those transporting it, was dated 29th October 2012. The Ford Expedition listed in the Handing Over Notes captured at page 107 under the sub-title FORD/PASSAT, with the username POOL has a registration No. of GW 48-11, condition Weak. The committee finds that this Ford Expedition as listed cannot be the Ford Expedition gifted to President Mahama since the date of clearance, i.e. 13th February, 2013, from the Port post-dates the date of registration of the Ford Expedition listed in the hand over note, i.e. GW48-11.  We therefore conclude that the gifted Ford Expedition has not been listed in the handing over notes.”

I am compelled to react to this issue, not only because my name has been mentioned in it, but also what I find mischievous and dishonest  handling of information on the existence of the Ford Expedition by some government officials.

In January, I received a call from a former Attorney-General and senior member of the New Patriotic Party (NPP), Mr. Ayikoi Otoo. He introduced himself as a member of the Transition Team and said he headed the Executive Assets Committee. He said his committee had received a list of vehicles at the presidency and was interested in knowing whether the Ford Expedition, which I investigated last year, was part of the pool of vehicles left behind. He requested that I come over to meet the committee on the matter.

I met the committee at the Accra International Conference Centre. I briefed Mr. Ayikoi Otoo and two other elderly men on the information I had on the vehicle. He gave me a list of vehicles to go through, and together, we tracked the said vehicle. The only Ford Expedition in the list had the registration number, GW 48-11. We found that curious because the last two digits of vehicle registration often represent the year of registration of the vehicle. If that was true of this vehicle, we all concluded, the Ford Expedition in the pool was registered in 2011. It, therefore, meant that Ford Expedition was not the one President Mahama received from the Burkinabe contractor as a gift. I handed the documents on the controversial Ford to the committee and left.

A few days later, I received another call from Mr. Ayikoi Otoo. This time, he said two Ford Expeditions were found in the pool of vehicles at the presidency so if I had time, I should come over and verify which one was the Ford Expedition in given to former President Mahama. He explained to me that we might have been wrong in our analysis because he and his team had found out that the registration numbers of vehicles at the presidency were not permanent. Due to security reasons, the numbers were often changed so it was wrong to conclude that the Ford Expedition in the list was registered in 2011.

On the day President Nana Akufo-Addo announced his second batch of ministerial nominees, January 11, 2017, I went to see Mr. Ayikoi Otoo and his team. To be precise, I met them at the car park of the Department of State Protocol. They were inspecting some vehicles there. He asked a driver to take me to the Flagstaff House to verify which of the two Ford Expeditions was the one given to President Mahama. The driver who drove me there was a uniformed soldier. He said he was a physical instructor who had been seconded to the Flagstaff House while President Mahama was there. He has a Muslim name and comes from the Upper East Region. Unfortunately, I cannot recall his name.

That day was the first time I entered the Flagstaff House. He drove to a large car park that is beyond the Presidential villa. Before we got there, he called a fellow soldier at the Flagstaff House and asked about where “the Ford to the Former Old Man was kept.” When we got to the car park in the Flagstaff House, I saw hundreds of vehicles, most of which were SUVs and fairly new. He explained that there were more of such vehicles that were beyond where we stopped.

At the garage, he and his colleague soldier led me to a Ford Expedition, and I was asked to compare the Chassis Number of President Mahama’s Ford gift with the one parked there. When I looked at the Chassis number of the vehicle, it was the same as the one captured in my investigative story last year. The registration number of this Ford Expedition was GW 8212-11. The Ford Expedition appeared new and I wondered if it had really been used for four years, as the former government alleged when the scandal broke. I wanted to take a photograph of it but the soldiers said it was not allowed because the place was a security zone. I obliged and I was driven out of the Flagstaff House.

I went back and told Mr. Ayikoi Otoo that the Ford Expedition at the Flagstaff House had the same chassis number as the one I had investigated. There, he repeated that the year of registration on the number plate was inconsequential because his committee had discovered that, for security reasons, the registration numbers of vehicles at the presidency were not permanent. They were changed regularly. “We will include this in our report,” he told me. He thanked me for assisting the committee and I left.

According to information I gathered from sources close to the Executive Assets Committee of President Akufo-Addo’s Transition Team, the report being quoted and shared on social media on the Mahama Ford Expedition was the interim report submitted to the President. The Committee later submitted two reports, the “final report and a sequel to the final report” to the Presidency. These later reports captured the information and clarification I helped the committee to get in the matter of the Ford Expedition given to former President Mahama.

With this information, it is not true that the Ford Expedition given to former President Mahama was missing from the Flagstaff House. If it cannot be found, then it may have been taking out of the pool after January 11, 2017, when Nana Addo Dankwa Akufo-Add0, not John Mahama, was in charge of the presidency.