MANASSEH’S FOLDER: The undiplomatic diplomat and the hypocrites 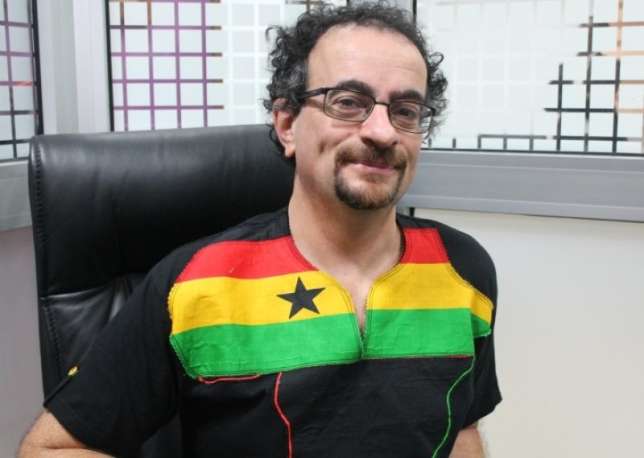 The first time I heard about Jon Benjamin was in November 2014. I was in the United States participating in the International Visitors Leadership Programme on Investigative Journalism, but I was constantly monitoring developments back home. When I went online one morning, I was greeted with a needless storm of confusion on social media. There was an outrage against a certain British High Commissioner who had been in Ghana for only six months but would not mind his own business.

The man at the centre of the controversy, Mr. Jon Benjamin, was invited to speak at IMANI Ghana’s10th anniversary programme. His topic was “Integrity in public office.” After greeting the audience and other diplomats present, Jon Benjamin began his speech: “I’m not sure, Franklin [Cudjoe], about what you have me sitting in: it looks like you are having me enstooled. But, at least, this chair was definitely made in Ghana.”

This was in reference to the rather senseless decision by the leadership of our parliament to import MPs’ furniture from China. While in the US, I visited the Senate and I was shocked to find the senators, including the likes of John McCain, using desks and simple chairs that looked like what some of our basic school children use here. While our MPs need comfort, someone should have been wise enough to give that job to the local manufacturers.

Before Jon Benjamin continued with his speech, he told the audience the kind of diplomat he was: “Now, I’m a diplomat and diplomats are sometimes known for speaking without actually saying anything, at least in public. But that isn’t really my style…”

The speech that followed was a very impressive one, but what attracted him a barrage of criticisms and insults was contained in the concluding part of it:

“… But what are we to think when certain journalists expect the famous “soli” – to cover our events? Isn’t covering the news actually their job to start with? And, if they aren’t paid sufficiently for doing so, isn’t that an issue between them and their employer, rather than ours or anyone else’s problem? And if those journalists who pride themselves on reporting corruption in others then ask for unofficial payments themselves, isn’t that just a touch hypocritical?

“An event or story is either intrinsically newsworthy or it isn’t: it doesn’t become newsworthy because someone has paid for it – that isn’t journalism, it’s advertising which is perfectly legitimate in itself of course but is a different professional activity. Now, I wonder if any of the media, which report this speech tomorrow will include these comments of mine about this lack of probity by some of their own journalistic colleagues? I doubt it but, go on, surprise me! And at least you now know officially that you will never receive any soli from the British High Commission!”

At the 2015 end of year news review on Joy FM and Multi TV, Jon Benjamin’s statement came up when the spotlight was put on the media. The host of Metro TV’s Good Evening Ghana, Paul Adom Otchere, revealed that he was the MC at the IMANI event when Jon Benjamin made that remark. He said he got upset and abandoned his role as the MC before the programme ended.

If I were Paul Adom Otchere, I would walk up to Mr. Jon Benjamin after the speech to congratulate him. The media is one of the most corrupt institutions in Ghana. A majority of the so-called powerful journalists in our republic are puppets of some of the most corrupt politicians, government officials and business people. Paul Adom Otchere knows this. The corruption in the media is worse than soli. Only hypocrites or those who are ignorant about the canker will have issues with what Jon Benjamin said.

Two years after his first major controversy, Jon Benjamin is again the subject of controversy in Ghana. His tweet, which many Ghanaians consider offensive, has since been deleted. He said: “Oh, that nasty air outside all of a sudden. Did someone just inaugurate the harmattan already?”

President Mahama embarked on commissioning of projects days to the election, an action which earned him the nickname Commissioner General. It’s a popular social media joke in Ghana, but Jon Benjamin’s critics say he had no right to take part in it.

First, they say he is a foreigner who should not meddle in our internal affairs. This does not make sense because any time foreign diplomats and government representatives say something positive about us, we are happy, even when we know it’s insincere. Our government officials will cause media houses they can influence to publish such praises. We only complain about interference and even rehash neo-colonialists theories if their remarks are negative. This is hypocrisy.

Some critics have also said Ghanaian ambassadors cannot pass such remarks in Jon Benjamin’s country so he is disrespecting us. I don’t think this is true. Our top politicians and ministers of state passed critical comments about US presidential elections and the candidates. Was that interference? Besides, before we compare ourselves with the UK and the US and the other countries, which we often say must stay away from our issues, we should know our relationships with them.

Ours is a servant-master relationship. We go there to beg them for money. We beg because our government officials, business men and highly respected people have, since independence, been stealing our collective wealth and stashing them in offshore accounts and buying property in Dubai and the most luxurious places on the planet. Until we stop begging, we should not expect to be treated as equals. If your father is a wasteful drunkard who often goes to beg food from Kofi Manu’s father, you shouldn’t be surprised if Kofi Manu disrespects you. It is only normal. African leaders have long made us look stupid in the eyes of the international community and it’s difficult to fight for them if the disrespect is extended to them.

Another group of critics also think this is the time to hit hard at those who are perceived to be treating the Office of the President and its occupant with contempt, for which reason “outsiders” now have the guts to disrespect the president. They often refer to the political opponents of the current government and warn that their party’s president may suffer a similar fate.

This, too, I totally disagree. The first question such critics should ask themselves is whether the President or the Office of the President, in recent times, conducted themselves in a manner that demands respect from the citizens. I don’t subscribe to the notion that whoever is elected President of Ghana must deserve my respect. I respect the Office of the President, but whoever occupies that office must earn my respect. A colleague at work, a woman, once disagreed with me on this and I asked her whether she respected her pastor.

“If you returned from work and found your pastor in bed with your 15-year old daughter, would you still respect him?” I asked.

We must respect people for their behaviour and character, and not the positions they occupy. Our greatest flaw as a people is that we hand respect to people who don’t deserve it. If a thief buys his way into power, we call them honourable. If a rich criminal is in our church, we give them front rows because of their wealth. If our pastor is the devil’s direct grandson, we shout, “Touch not my anointed and do my prophet no harm!”

Our elders say a man does not point to his father’s house with the left hand, but it is important to ask the type of father he was before we crucify the son who points to that house with a left hand. Our sages of old have also taught us that if you call your calabash worthless, outsiders would use it to fetch rubbish. But if we want to know the people who have repeatedly called our calabash worthless and for which reason the likes of Jon Benjamin may have deemed it fit for rubbish collection, we should not look beyond the Flagstaff House and the President himself.

Last year, when 36 people died in a nightclub fire disaster in Romania, the Prime Minister resigned. When more than150 people were killed in an avoidable fire and flood disaster in Ghana, the mayor who supervised the floods said he would not apologise to anybody. The President did nothing to him. The mayor kept his job and was later supported to win a parliamentary election. The only person who was arrested by the BNI over the deaths was a young man who was alleged to have smoked a cigar and thrown the tub in the floodwater.

This is the presidency that became a dumping ground for officials alleged to have misconducted themselves and soiled themselves in allegations of corruption. This is the president who told his ministers not to accept a pesewa or a pin from a business entity but went ahead to accept a Ford Expedition from a Burkinabe contractor who was winning questionable contracts in our republic.

The presidency is now like a man who took his goat to the Bolga market with a cheap price tag but expected the buyer to quote a high price for the animal. That is impossible.

As a country, if we want to be treated with respect and dignity, let’s fix our mess. The likes of Jon Benjamin know more about the ills of our society and the crimes of our hallowed government officials than the average minister of state or intelligence officer in this country knows. In the speech he delivered six months after arriving in Ghana, he stated that: “What people at the top do in any organization or system sets an important tone. Another African proverb I really like is that: “a fish rots from its head”.

Our country is rotten and our leaders are complicit in the rot. We must not be happy when foreign diplomats praise us, but send nasty classified reports about us to their home countries. Jon Benjamin gives us a fair idea of what the international community thinks about us. It’s time to confront the reality because if our hypocrisy had been helpful, our country would have, by now, been a super power.

The writer, Manasseh Azure Awuni, is a senior broadcast journalist with Joy 99.7 FM. His email address is [email protected] The views expressed in this article are his personal opinions and do not reflect, in any form or shape, those of The Multimedia Group, where he works.