Never again shall we call a man Jesus 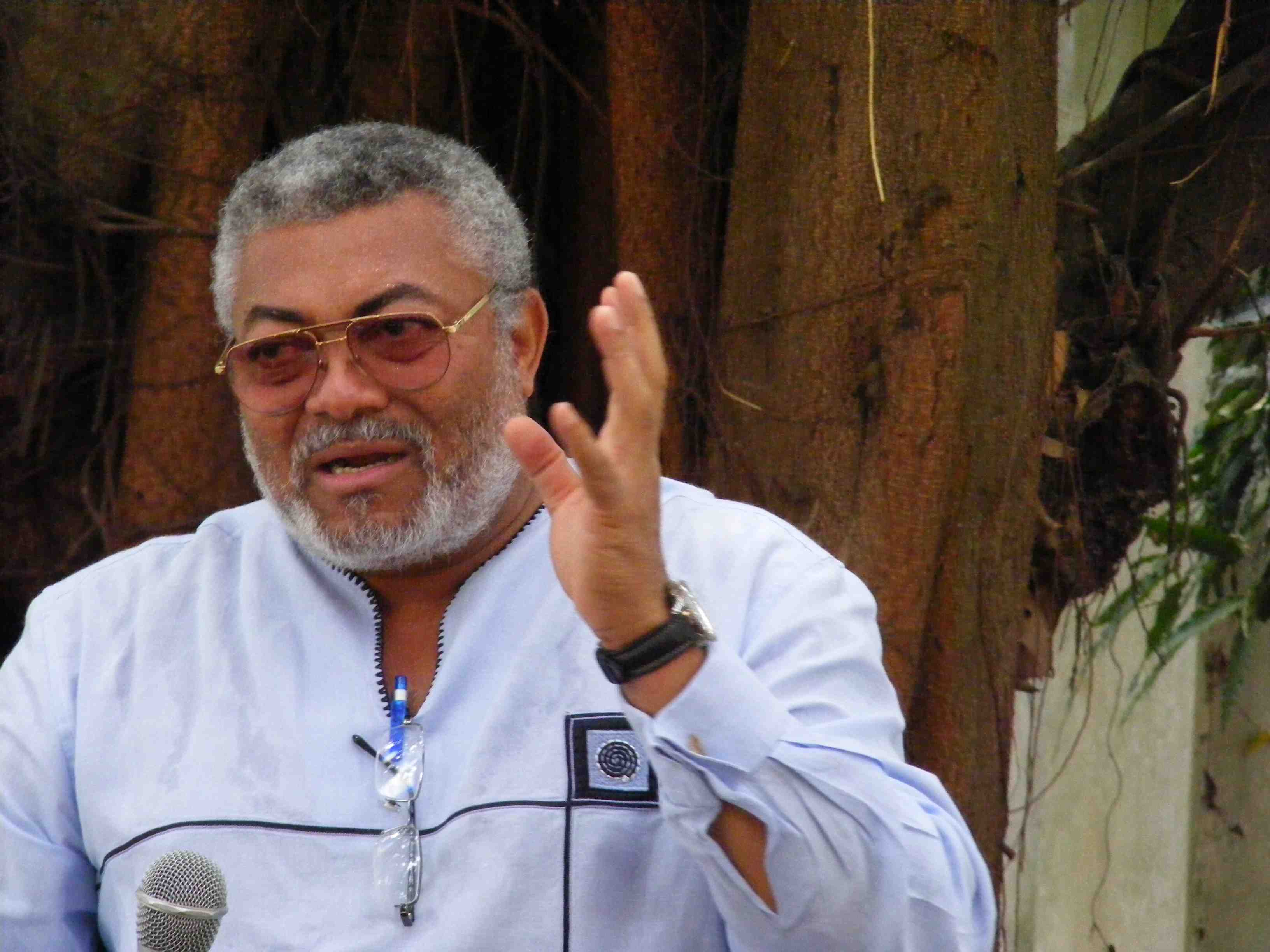 Once upon a time, I called Rawlings Junior Jesus. In the lecture halls of the Radio Nederland Training School, Holland, I yelled at a Nigerian journalist because he had dared to criticise Ghana’s latest “saviour”, Jerry Rawlings. This was January, 1982. For the three months that the course in Advance Print Media for Third World Journalists lasted, this Nigerian and I remained enemies.

In the Brussels capital, Antwerppen, I withstood two European Union officials who had been assigned to conduct my group round during a tour to the EU headquarters. Their sin? They had dared to criticise the ‘Holy War’ in Ghana. Such was my love for Rawlings, a love born of a strong conviction in his holiness, his generally perceived incorruptibility.

Like many other Ghanaians, the scales fell off my eyes much much later in his 19-year rule, and once again, I am happy this change of attitude has been chronicled in my writings since 1991.

When, long after Kufuor had left office, Rawlings never opened his mouth without calling his immediate successor a “thief” and describing the gentle giant’s administration as “corrupt”, a certain conclusion started forming in my mind about his motives. When his criticisms of all regimes, except his own, took on the repetitive character of a mantra, I decided that I had finally come to an unmistakable diagnosis of Rawlings: That the man’s obsession with “anti-corruption” was a deliberate strategy to make Ghanaians look for corruption everywhere except his direction.

So why did his Abacha gift confession surprise me? I confess that among the growing list of corruption accusations against him and his regime, the one I least remembered was this five million dollar gift from Abacha. I guess the reason is that it happened at the time when the scales were still covering my eyes.

I ask myself: Why is he now confessing? Is it what the Fantes would describe as being “caught by medicine” (‘edur akye no’)? And why is he confessing to “two million dollars” – as if to say the amount is too normal to be considered sinful?

Yet, as Peace FM’s Kwame Sefa Kayi has said over the years, “some were killed for less.” Sefa’s main reference has been the killing of one of Acheampong’s generals for taking a loan of Fifty Cedis from a bank. What is not usually remembered is General Bob Kotei’s “sin”, as revealed by the AFRC investigation team, that he (Kotei) owned a house registered in the name of his daughter.

Dear reader, I am not trying to water down the unjustifiable. The coup that brought Acheampong to power must be condemned, not because it overthrew Busia but because no violent change of government anywhere is justifiable. Also, if it is proved that Kotei did build that house with stolen money, the act stands condemned.

Why, however, did Ghanaians (including me and excluding Kweku Baako) not hold Rawlings to account for accepting the election funds from Norway, a la SCANCEM bribery case? Why are we still not raising our voice against the take-over of Nsawam Cannery by Mrs Rawlings’s 31st December Women’s Movement?

As far as I am concerned, two million United States dollars is not chicken feed. That is what causes me to wonder, and to question: What did Rawlings do with all that money? Is it possible that his daughter’s (Zenator Rawlings) education abroad through Medical School was financed with some of the Abacha money? Remember, up until today, Rawlings has not told Ghanaians who that friend is who, he claimed, paid Zenator’s fees abroad.

Does the Adjirigano mansion in Accra belong to Rawlings? If it does, is it illegitimate to know how he financed it? I know that in 1993, he received US$50,000 prize money from the Hunger Project, but I remember that he used it for a really noble deed - as seed money for the establishment of the University for Development Studies. I also acknowledge that he was entitled to per diem allowances on all his travels. Is that what went into the Adjirigano house?

Back to the question: Why is Rawlings confessing today? Is it God’s way of making Ghanaians finally blot out the title of “(Junior) Jesus,” which we gave him? Is it God’s reminder to humankind that He does not share His glory with any created being? Is it the last act to finally tell Ghanaians never to trust anyone with power, no matter how holy their looks or how holy their words?

From a broader perspective, what does this saga say about so-called majority rule in a multi-party democracy, especially in a corruption-prone continent like Africa? I ask this question because I have, since the Rawlings confession this week, been reading parliamentary proceedings in the period that the allegation broke. What did the Majority not say and do?

Fearing a vote on the matter, the Majority ensured that every single MP from their side was present in the House. Why? Because the matter would be decided not by the power of argument and facts (or a willingness to investigate) but by show of hands. Once the “ayes” have it; all is well. Rule by Parliamentary Majority has come to mean protecting our own at all cost, by all means.