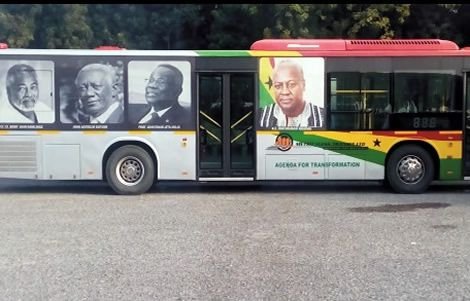 One of the branded buses
Shares

SMARTTYS SWEETHEART DEAL - Between the Ministry and the PPA

On 28th July 2015, some two months AFTER Smarttys had completed the branding of the buses, the Chief Director of the Ministry for Transport, signing on behalf of the Minister, then wrote to the Public Procurement Agency (PPA) for approval to sole-source the branding contract to Smarttys. The Ministry gave four reasons for giving this contract to Smarttys alone, and not opening it up for competitive bidding. Those reasons, of course, did not include the fact that Smarttys had already concluded the branding, and for that reason, there was no way any other person could be given the contract to do what Smarttys had already done under the sweetheart deal. We will examine each of these 4 reasons in turn, for the people to determine whether this was right or wrong.

The first reason was "URGENCY," as follows: The buses had been purchased under a social intervention programme. However, the colour code which had been selected for the buses was "not consistent with the current branding policy of the Ministry." There was, therefore, the need to brand them with the faces of the present and past leaders to recognize and appreciate their contribution to Ghana's development.

Does this add up? Does this make sense? The buses were purchased in the first place under another sole sourcing contract. In determining the colours when the buses were being purchased, was the Ministry unaware of its own so-called branding policy? Who approved of that policy and when and by which means was it legislated? Where is that policy document and may we see a copy? Why would the Ministry with a branding policy on colours, order buses in allegedly wrong colours and then use almost $1m of our monies just to change their colours? Why was the person who ordered the buses in allegedly the wrong colours not surcharged with the cost of simply respraying them? And when have Ghanaians been bothered about the colour in which a bus is sprayed? What was the original colour and what made that colour so repugnant that more of our monies had to be spent to change it? And how do you change the colours by putting the faces of the president and former leaders on them? Is it not the case that the buses were not resprayed at all and that all that happened was the embossment of portions of them with the faces of the president and former leaders?

This was one childish, empty, vacuous, corrupt and silly lie that the PPA should have seen through, unless, the PPA, in spite of the good intentions that led to its establishment, has at best become a pliable and malleable tool in the hands of political actors, or at worst, an active participant in corrupt transactions.

REASON #2 FOR THE SMARTTYS SWEETHEART DEAL

If the first reason given by the MOT (Ministry of Transport) to the PPA for selecting only Smarttys for the deal made you sick, then you are sure to puke at the second reason. According to the Ministry, Smarttys and Smarttys alone had to get the contract to avert a "MAJOR THREAT TO NATIONAL SECURITY"!

Yes, the MOT claimed that there had been a recent increase in transport fares, which had led to agitations by Trade Unions and commuters (Does anyone recall any such "agitations"?). This, according to the MOT, posed a Major National Security Threat which had to be averted by giving the branding contract to Smarttys for early branding and release for use.

This was clearly another lie. Early branding? The buses had already been branded in May. As at the date of writing this letter, 28th July, there was absolutely no threat (real or perceived) to the security of the nation. The only reason why the buses had not been released for operations to begin was that the branding had been done illegally, Smarttys had not been paid, the MOT was now seeking to use illegal means to cover its tracks, and PPA had to prove itself a mere rubber stamp, so that Smarttys would get paid. But dates don't lie.

And did the PPA crosscheck this fatuous lie with National Security? Note, once again, that the PPA approved of the sole sourcing within 24 hours of receiving this letter. Everything appears to have been pre-arranged.

Dear President Obama, Ghana HAS strong institutions. We have simply (wo)manned them, not with bold spirits but with timorous souls, to ensure that they don't work.

REASON #3 FOR THE SMARTTYS SWEETHEART DEAL

We have reviewed reasons #1 and #2 given by MOT to PPA for giving the branding contract to Smarttys and Smarttys alone. But as noted, MOT gave 4 reasons and we intend to isolate and analyse these reasons one after the other. One key fact to bear in mind is that as at the date of MOT's letter to PPA for approval to sole-source the branding contract to Smarttys (28th July 2015), Smarttys had finished branding the buses, and the branded buses were parked safely on the premises of the State House.

That takes us to Reason #3: DEPLOYMENT OF THE BUSES. According to MOT, Smarttys and Smarttys alone had to do the branding because the Ministry wanted to "deploy the buses by end of August 31, 2015."

Of course, there is no other "end of August" than 31st August, but that's another matter. The truth, however, is that the buses had already been branded. There was, therefore, no other let or hindrance to deploying the buses even as at 28th July 2015 when this letter was written for PPA approval. The only reason why the buses could not be deployed was that Smarttys had not been paid, and it had become necessary to jump through these hoops to give the transaction a semblance of legality, and then justify the payment.

But did the PPA care? Did the PPA bother to check, or even send to the premises of the State House (a 10-minute drive from the PPA's Ringway Estates premises) to verify the claims? Because that trip would have shown that the buses had already been branded; that for which approval was now being sought, had been done.

Let us be charitable and assume that the PPA indeed verified the claim: what did they see that led to them granting the sole-sourcing approval within 24 hours.

On the occasion of this year’s International Day for Street Children, The…

The victim of an armed robbery incident on Monday, April 12, at Amanful, a…