Our political culture must move from words to action! 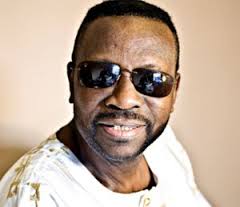 The story is told of a teacher who left his class for some minutes to go and consult another teacher in a classroom about 200 metres from his own.

He asked the class prefect to write down the names of “talkative” pupils who would take advantage of his absence to make noise. His idea was to whip such “talkatives” very well on his return.

Even though the children knew that the names of “talkative” pupils were being written down, they still made noise. A lot of noise – for someone had brought the cooked – and smelly – claw of a huge crab to school, and was daring everyone to try and “break” it open. Whoever succeeded would get half of the meat inside the crab’s claw.

Whenever anyone tried and failed, a loud cry of “HOHH-HHHHH!” broke out. And everyone laughed. On his way back to the classroom, the teacher heard these cries of jollity and got himself ready to carry out his duty of whipping pupils en masse.

So sure was he that almost everyone had joined in the binge of shouting that he didn’t ask the prefect to bring out the names of the “talkative” pupils. Instead, he said: “Everyone who went about making noise in my absence, stand up!” [obiara a oteateaa mu no nsore!]

But no-one got up.

The teacher looked at them in astonishment. So all the moral lessons he had been imparting to them – about telling the truth and being brave enough to accept responsibility for something one had done wrong – had sailed by their ears?

Then unexpectedly, one boy stood up. Everyone was astonished – including the teacher. Normally, in a situation like that, the whole class would be punished, and that would be that. Why had this boy chosen to stand out?

“Yes? What have you to say?” the teacher asked the boy.

The classroom erupted. The boy’s riposte to the teacher’s question was one of the cleverest they had ever heard. Shouting out could have a definite cause – perhaps a cause that made the shout excusable – such as being hit with a book or ruler. But going about making noise could not possibly have any cause other than a desire to be naughty.

When I look at the regular cacophony that goes for political discussion in our country – especially on our electronic media – I am reminded of this story. Many of the people invited to radio and TV stations go there not to discuss issues, but to go about making noise by shouting down other participants. I was amazed to find the other day that during a TV discussion, one of the guests who had managed to arrive at the studio on time, made a coherent case whilst he was the only one talking to the host. But as soon as the other members of the panel arrived, he changed tune completely.

This guy now began to sound almost hysterical as he sought to challenge everything the other panellists said. “Let him finish!” the host said again and again. To no effect. The other chaps then adopted the same attitude. And one had to ask oneself: “Are these the people who are supposed to discuss the problems of our country rationally and find solutions to them?

Of course, this wouldn’t happen if the hosts of radio and TV discussions knew how to do their job. If a member of a panel makes it difficult or impossible for others to have their say, the host should warn the panellist that he would not be invited into the studio again if he persisted in behaving like that. At worst, the producer should instruct the sound controller to cut off the microphone of the undisciplined panellist.

The reason why the hosts of discussions are unable to control their guests is often that they feel obligated to retain them. The obligation? Either that they are flattered because a “big” man had agreed to come on their programme, or that another “big” man always produced a brown envelope whenever he visited the studios!

The situation is unhealthy, both for our media and the politicians whom they put on the air. Only 24 hours ago, I switched from one channel to another because the one I was watching, although discussing a matter in which I had great interest, was too abrasive for me to ”waste time” trying to follow the discussion. If our politicians continue like that, I have no doubt that very soon, they will become a permanent ‘turn-off’ to the very audiences they want to reach.

I have also observed that most of our “politics” is, at the moment, devoted to words. “He said”… “She stated”… “He declared”…. “She denied….” “He charged”…. “She complained”…. That’s all that Ghanaian ministers and MPs of all parties seem to want to do.

Now, they must try to communicate their message; that’s ok. But they must remember that – pardon the cliché –actions do speak louder than words.

When did we last read that an MP visited a factory/school/establishment to acquaint himself with its operations and find out about its problems first-hand so that he could propose a solution of the problems to the government of the day?

The other day, we heard the horrible story of the kindergarten whose walls crumbled and crushed six children to death. When was that school last inspected? By whom? If the inspection had been technically sound and ACTION taken on its findings, would the children not be alive today?

An official told a TV station that, indeed, the weak walls had been spotted and that the school had been advised to move the kindergarten to another classroom. But the headteacher said that the replacement classroom was worse than the one that had crumbled!

My God! What a situation. Someone should have used his common sense and said, “In that case, no more kindergarten classes until we get a safe building”. But our officials are there to make noise, it appears. Anyway, what standards are laid down for the construction of schools? Were they followed in the case of the kindergarten? If not, shouldn’t the contractor be prosecuted to serve as a lesson to other contractors?

The Ministry of Education should please note that that would be ACTION! Verbiage costs lives.

Why, even “schools under trees” was once rationalised as acceptable. Yet, we all know about lightning strikes. Our attitudes must change.