Prampram Homowo: For the first time the spirit of the ancestors were with us 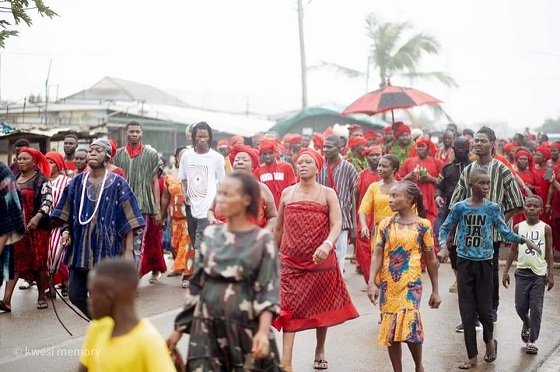 Back in May this year when the people of Prampram celebrated the Kpledoo festival, one of the jama groups composed a song which called for an immediate end to the murder of some prominent elders in the town. Below is:

But today, they are firing guns and,

this should never be our story

The song stuck in my head for weeks and because I filmed the processing from Upper to Lower Prampram on that day, that very video stood out for me. Later in the evening, whilst trying to reflect on the message in the song, it dawned on me that some prominent elders were sadly murdered by unknown assailants who are yet to be apprehended.

The song took me back to when I was a child growing up in the town-and how such gruesome murders were never part of our story. But be that as it may, the people of Prampram forged ahead, came together, and celebrated the Kpledoo in peace and harmony. 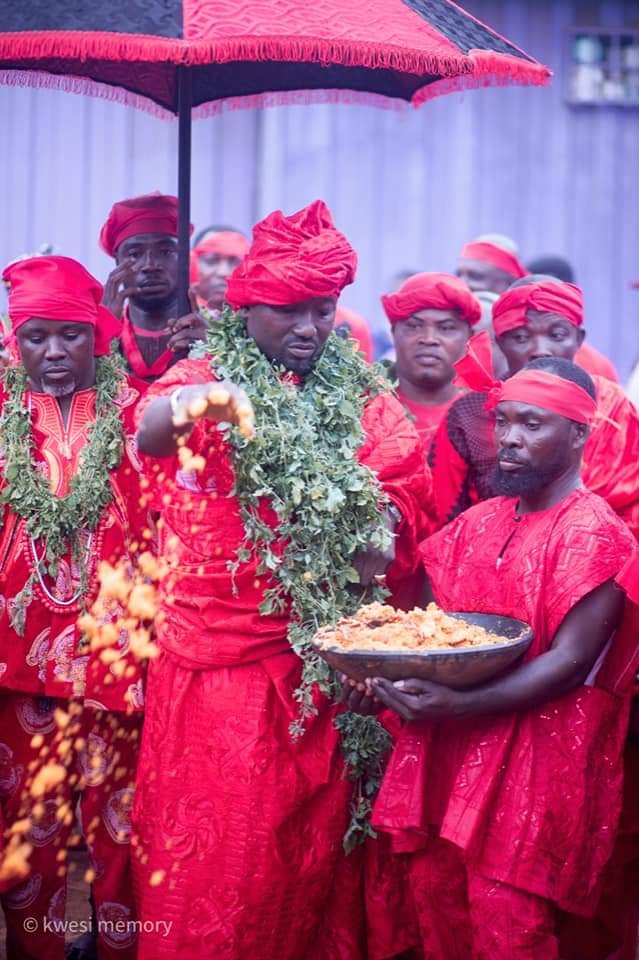 Most people I spoke to confirmed it was the best they had witnessed in years. All the disputing parties came together and by so doing, rallied around the people for a common cause.

The outcome encouraged most people who were confident the Homowo was going to be celebrated in the same peaceful manner.

So, on Tuesday when Nene Tetteh Waka III, Paramount Chief of Prampram, (Gbugblaa), flanked by the Paramount Queenmother, Naa Osabu Abbey I, the stool father, sub-traditional rulers and royal warriors, sprinkled the traditional meal, Kpekple or Kpokpoi through the three ‘Royal Gates’, it was the strongest indication the elders had listened to the appeals from indigenes and residents for them to use the Homowo to come together as a people, so the memory of our ancestors would be honored in peace and dignity.

Nene Waka III, dressed in a red cloth with red traditional sandals and red turban, traditional green leaves around his neck, started the rites from Lalue Pi33 once Naa Lalue and Lalue Larbia had performed the libation. He proceeded from Annor Wem to other sub-clans before hitting the streets, where he sprinkled the meal to the admiration and appreciation of onlookers, who were waiting to witness the rites.

The ritual, which is associated with the celebration among other Ga-Dangbes, is to acknowledge the important role the ancestral gods continue to play in the lives of the town.

As an indigen who is familiar with the celebration and had witnessed it in the past, this very one is the best in more than four years, and this does not include the pandemic. The commitment of the chiefs and elders to bring suspected warring parties together, is commendable.

Even on Wednesday which is dedicated to the gathering of the various families, I felt something right was happening in the town. Though people often turned up for such meetings, pay their dues and leave after that, without even getting to know other family members, this time around people stayed and engaged each other.

One poignant aspect for me was when the only child of a late cousin of mine, about 12 years, walked into the family house with his mother’s relative, holding the obituary poster of one my late aunties who died more than 20 years ago, to seek direction to the family house. 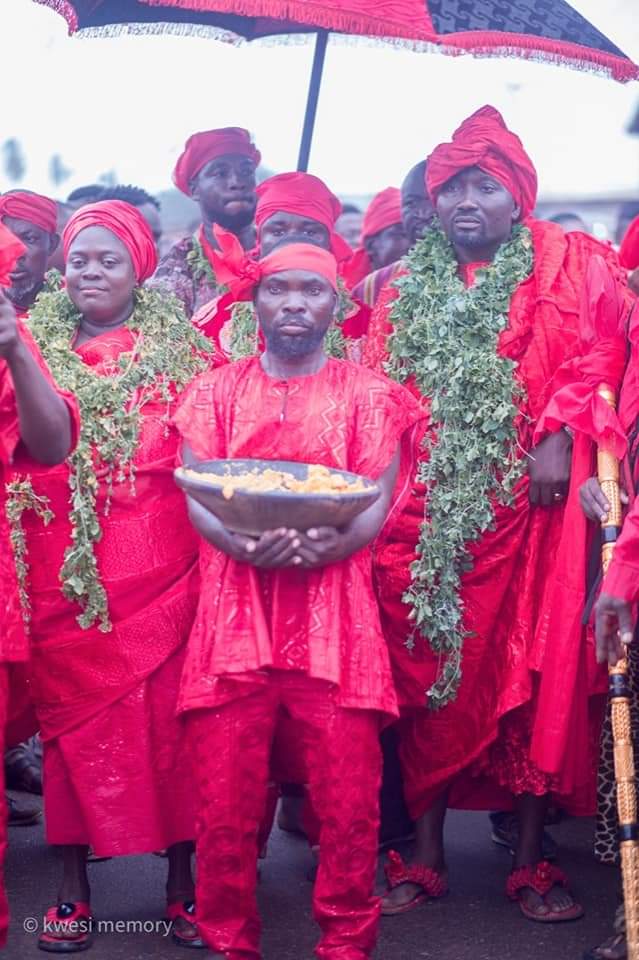 It was an emotional moment for everyone. If indeed the dead still lingers among the living, I have no doubt my cousin, his mother, and the rest of the siblings, including my mother, will be smiling from the ancestral world.

This year’s Homowo in several Ga-Dangbe quarters has been relatively peaceful. From across most Ga states, including places which used to record clashes among rival families when it comes to who has the right to perform the sprinkling of the Kpekple, the celebrations were observed without troubles.

Greater Accra Regional Minister Henry Quartey was so impressed he tweeted the following: “For the first time in over 10 years, the people of Gadangme are celebrating Homowo under no restrictions and protection from the Police and I pray for its sustenance.”