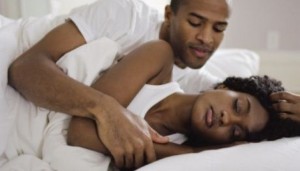 Discussions about whether sex before marriage is good or bad and if there exist any negative effects can be traced back to biblical times. The Holy Bible and many other holy books like the

Qur’an all admonish us to avoid sex before marriage. The Bible which describes the act as fornication even goes as far as admonishing Christians to “flee fornication”.

Again the famous “Ten Commandments” which serves as guiding principles in some of the major religions like Christianity, Judaism and Islam also admonishes people to avoid sex before marriage.

This has compelled scholars, scientists and other people in academia to investigate the reasons why sex before marriage is criticized in the religious circles.

Regardless of the many benefits associated with having sex, discussions about the damaging effects of sex before marriage do not die down. Marriage can be defined as a union (legal union) between a man and a woman in which they decide to live together and share their lives together as well as have access to each other sexually.

The Legal Information Institute for example defines marriage as “…a contract based upon a voluntary private agreement by a man and a woman to become husband and wife”. Sex on the other hand refers to when men and women have intercourse. Whilst, sex before marriage, otherwise known as premarital sex, is also defined as, when two people who are not in a legally binding union (marriage), engage in sexual relations.

Many people in the world today engage in sexual intercourse regardless of whether they are married not. Several people also have multiple sexual partners irrespective of their age or marital status. In fact, sex before marriage has become so prevalent that a lot of people seem to have forgotten about the fact that there may be negative factors associated with it.

The negative effects associated with sex before marriage are not farfetched. The mere fact that two people who are not married or in any committed legal relationship sleep together pose a danger of trust after the intercourse. Collins (2014) in his article titled “How your premarital experiences can affect your future marriage” argues that,

“Individuals who had more sexual partners or more experience cohabitating ]before marriage] are not as likely to have high-quality marriages compared with those who had less, said Galena K. Rhoades”. The author posits that one’s sexual life before marriage as well as other romantic relationships is linked with the quality of one’s marriage.

This is because the people one has had romantic/sexual relations with may complicate the new marriage, also children that may have been conceived as a result of sexual intercourse will further complicate the marriage and thus inadvertently reduce the quality of the marriage.

The impact of sex before marriage on the individual does not certainly apply to one’s marriage alone. There are other problems such as the possibility of contracting sexually transmitted diseases, especially when one of the pair sleeping together has multiple partners. This view is supported by Brennen (2011) who in his article

Very often people who engage in premarital sex especially adolescents, find themselves in the situation where they are in a hurry to get it over with, or avoid being caught and may not take the necessary precautions to protect themselves.

Cordoso (2015) who chooses to focus on the psychological effects of premarital sex in her article “6 reasons why sex before marriage affects a relationship” argues that, there are further damaging effects associated with premarital sex beyond the physical problems. According to her, premarital “sex gives the couple intimacy at the wrong time”.

Thus, feelings of jealousy and possessiveness that arise in relationships in which the couple are engaged in premarital sex develop as a result of them having sex at the wrong time. Again, Cordoso posits that, premarital sex has damaging effects especially for women because sex to women means the woman surrendering herself totally to the man and when such acts are not reciprocated, women are left psychologically broken.

Finally, she believes people who through premarital sex get pregnant have the course of their lives changed forever even though they are not yet prepared to be mothers. People who engage in premarital sex more often than not do not engage in it out of love. They do so because of the need to satisfy a pleasure and thus make the whole act a selfish act.

The literature above thus points to the fact that, premarital sex has several damaging effects which range from emotional and psychological problems like depression, to physical problems like contracting a sexually transmitted disease. Given that human beings are biologically programmed to want to have sex, it is difficult for one to abstain from sex before marriage in spite of the many damaging effects associated with premarital sex.

Alao (2011) in her article “Premarital Sex: Saying NO (When Your Body Wants It)”, has offered some solutions as to how to avoid premarital sex and obliterate the damaging effects in the process. Alao argues that, for one to be successful in avoiding sex before marriage, the person must first identify why they want to abstain from sex, communicate with their partner their reasons, set boundaries and avoid being alone with your partner when you cannot be interrupted.

For those who feel they cannot abstain from sex altogether too, it may be useful if they use condoms to help prevent some of the physical problems associated with premarital sex like unwanted pregnancy and sexually transmitted diseases.

The author Albert Opare is a political science graduate from the University of Ghana and a social commentator as well as a social & political activist. You can contact the author by mail on [email protected] Comments and Criticisms are welcome