What are human rights? 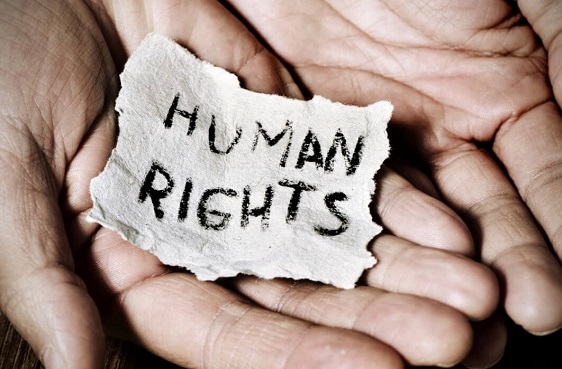 On these pages, I explore issues of law, human rights and criminal justice, as my contribution to the development of our young and fledgling democracy.

An issue that has gained prominence in the post-war period in matters of good governance and democratic development is that of human rights, so it is therefore in order, to begin the series with it.

Human Rights are rights that everyone possesses by virtue of their humanity. It is inherent in all human beings, irrespective of the person’s race, sex, nationality, ethnicity, religion, language or any other recognisable status.

In trying to define what human rights are, what comes into immediate focus is a popular advert on television in England in the 1990s of a product with the catchy phrase —“it does what it says on the tin”.

Human rights, thus, are rights that belong to every person by virtue of the fact that they are human beings.

There are a number of already existing and recognised human rights including, and not limited to, the right to life, personal liberty, work, freedom of religion, association and free speech, to vote and engage in political participation.

Once a right is recognised as a human right, every person on the planet is entitled to it without discrimination.

While the phenomenon of human rights is a recent creation, the concept is rooted in antiquity, as all societies from the beginning of time, whether in oral or written tradition, have had systems of propriety and justice that regulated society and ensured the welfare of its members.

From the Golden Rule of Confucius — “Do unto others as you would have them do unto you”, to the Hindu Veda, the Bible, the Quran, the Babylonian Code of Hammurabi and that of Inca and Aztec people of South America etc, all human societies at different stages have had rules that promoted human dignity and guarded against arbitrariness.

After the Second World War and largely due to the atrocities and excesses of Hitler’s Nazi regime, the United Nations (UN) was formed as an association of countries to promote world peace and propagate laws that would stand as a bastion against arbitrariness as well as regulate the conduct of governments.

Thus, the UN created a comprehensive body of human rights law – a universal and internationally protected code that would govern the conduct of nations.

The mother of the international code was the UN Charter and the Universal Declaration of Human Rights which was adopted by the General Assembly of the UN in 1945 and 1948 respectively.

The Universal Declaration of Human Rights was drafted by representatives, with diverse cultural and legal traditions, from all regions of the world to serve as a foundational human rights document to stand as the bedrock of democratic development with a common standard for all peoples of the world. Since its creation and adoption by the UN, it has inspired the constitutions of several countries of the world.

Indeed, Chapter 5 of the Ghanaian Constitution is an exact replica of the rights enumerated and guaranteed in these UN documents.

The UN monitors and protects human rights globally by a treaty system.

Basically, through treaties such as the International Convention on the Elimination of all forms of Discrimination, countries adopt and ratify these treaties which then becomes part of their law.

In addition, there is the Human Rights Council which was established in 2006 as the intergovernmental body responsible for Human Rights at the UN level.

As part of its monitory role, the Human Rights Council has a review system whereby human rights records of all UN members’ status are reviewed every four years.

The writer, George Bernard Shaw is a lawyer