When looters of state resources come to judgement 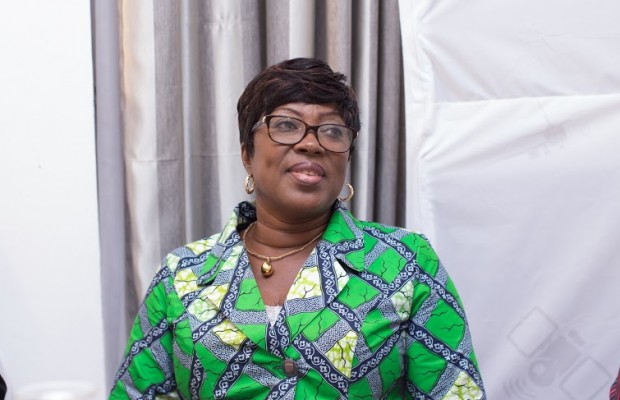 I have heard ugly noises from very knowledgeable people, seeking to justify the change of logo by the Electoral Commission without any official consulting stake-holders and the people of Ghana, in whose name the commission operates, and whose taxes oil the life-styles of the Commissioner and all their men and women.

Ever since the launch of the new logo, a number of political pundits have taken space on radio and television to defend the right of the Commission and its officers to throw away the Coat of Arms, the official state emblem of the two eagles, on the basis that the Electoral Commission is an independent body and needs to reflect this independence in the way it operates.

I am not a lawyer; neither am I a constitutional expert, but my simple reading of the Constitution, and the role assigned to the Electoral Commission, tells me that the Chairperson has absolutely no power to conspire with other commissioners to jettison the Coat of Arms without consulting the good people of this country. I intend to mount a campaign to get the Electoral Commission to return the Coat of Arms as symbol of the authority of the commission. Please keep a date with this column.

In the interim, it is pertinent to examine the effusions spewed out on the campaign trail at Aflao in the Volta Region, where Mrs. Dzifa Attivor, the disgraced former Minister of Transport, played the tribal card in appealing to Ewes to rescue her, as well as Mr. Fifi Kwettey, Minister of Transport, from jail, by voting massively for the National Democratic Congress (NDC) in the 2016 Presidential and Legislative elections.

“When the NPP came to power in 2001, a lot of our people were sent to prison; Victor Selormey, Dan Abodakpi and so on were imprisoned. Was it because no other persons committed a crime in Ghana? But it was only Ewes that were jailed,” she screamed.

Mrs. Attivor obviously forgot to include Mr. Tsatsu Tsikata, touted as one of the greatest legal luminaries to come from the region, among the top notch politicians with roots to the Volta Region who went to jail.

It is interesting to note that all were released on presidential pardon. One unfinished business was the challenge thrown by Mr. Tsikata to go to court to get his jail term quashed. It is more than seven years ago, when he walked out of the Nsawam Medium Security Prisons. We are still awaiting the legal arguments that would enable Mr. Tskata’s jail term quashed.

Meanwhile, it is pertinent to put the effusions of the former Transport Minister in its right perspective. Read Mrs. Attivor’s lips: “I want to entreat you (Ewes in the Volta Region) not to do anything for me and Fifi Kwettey to go to prison. It lies with you all to ensure that no Ewe person goes to prison.  So, I am pleading with you to work hard and deliver the 120,000 votes target for the party in the constituency.”

In the first place, it is not true that only Ewes were jailed in the political cauldron of the Kufuor administration. Mr. Kwame Peprah (Ashanti), Dr. George Adjah-Sipa Nyankey (Nzema), Ibrahim Adam and Mallam Issa Yusif (both Northerners) were all sent to jail on charges bordering on corruption and stealing.

It is good that the ethno-centric stance of the former minister has been roundly condemned. The Chairman of the National Peace Council, Prof. Rev. Emmanuel Kwaku Asante, has been busy on the airwaves with his condemnation, reminding all and sundry about the catastrophic consequences of playing the tribal card in Rwanda and Burundi.

A pro-NPP group -the Young Patriotic Crusaders- issued a statement in Accra and prayed that Mrs. Attivor’s worst fears should come to fruition. The youth group emphasised that the former Transport Minister would go to jail, not because of where she comes from, but that she had been involved in fraudulent deals.

I have never been a fan of Papa Jay.  The way and manner the former Air Force pilot employed the intimidating powers of the gun to impose himself on this country is reprehensible, in my point of view. I hated the show of impunity and mismanagement that went on under his watch. But, Flt-Lt. Jerry John Rawlings made my day yesterday, when he took Mrs. Dzifa Attivor to the cleaners, and laid down the gauntlet for those siphoning state funds.

“I find it very distasteful that aside making ethno-centric references accusing the NPP presidential candidate of being tribalistic, she also insinuated that because I was the founder of the National Democratic Congress, the electorate in the Volta Region should vote for the party on that basis. Before making such unfortunate statements, let’s remove the logs in our own eyes,” the former President said in an official statement.

“I do not subscribe to the politics of ethnic bias, and never have. While I may not be a fan of the NPP, I know their presidential candidate is not tribalistic or ethnocentric. Whatever Nana Addo’s shortcoming, tribalism is not one of them. Some known and respected Voltarians like Nutifata Kuenyehia should be able to testify to his political nature,” said the former military strongman.

Flt-Lt Rawlings, now an elder statesman, had a word of caution for all Ghanaians as we prepare for the next poll. “As we draw closer to the next presidential and parliamentary elections, we all, as Ghanaians, expect all parties to be involved in the process to base their arguments and campaign on the truth and desist from emotional and non-factual statements, especially, when my name has to be mentioned. I implore the electorate not to allow immature behaviour and pronouncements to cloud their judgments.”

I am thrilled that the man, who was a major source of division when he sat at the Castle, has now become such an elder statesman. I hope and pray that we would all learn from the wise counseling emanating from Boom Junction.

A colleague tells me that the name Attivor in Ewe means ‘trees have finished.’ Obviously, the minister who resigned over the shady Smarttys deal, in which the state lost a whopping GH¢1.9 million, in a job which initially cost the taxpayer GH¢3.6 million, is seeing the walls of the Nsawam Medium Prisons in her sleep, and is becoming nervous as the election date draws nearer.

Apparently, the former minister is seeing the cover provided by the party in government and the authority of incumbency giving way to people’s power. In all the cloud of confusion gathering around her, Mrs. Attivor is apparently beginning to feel restless.

While Mrs. Attivor’s tribal appeal is reprehensible, her utterances give me joy. The realisation that judgment day is drawing nearer for those who have taken custody of state resources and used them for themselves, is giving me hope that sooner or later, it would be possible to locate where someone like Alfred Agbesi Woyome, for instance, has hidden the GH¢51.2 million looted from the state.

I am thrilled by the fact that it is beginning to dawn on those who thought they were the untouchables, and who dished out state money to their cronies without any thought for the poor of society, would have to account to the state, sooner, rather than later.

I cannot wait to hear the evidence that would be adduced by the current Attorney-General, for instance, on what influenced her decision to charge Mr. Woyome with Causing Financial Loss to the State, without an official of state standing in the dock with him, when it is a fact universally acknowledged that the NDC bankroller never broke into any of the vaults of the Bank of Ghana.

I am besides myself with joy that after all the display of impunity on the political scene, it would be possible for someone like Johnson Asiedu-Nketia to explain to the state how come he was alleged to have sold blocks to the Bui Construction Company, while retaining his position as Chairman of the Board of the company overseeing the construction of the Bui Dam.

We are all in for very interesting times. And that is why the effusion of the former Transport Minister should be dismissed by all Ewes in the Volta Region and the rest of Ghana, with the contempt it deserves.