Why I don’t trust motivational speakers 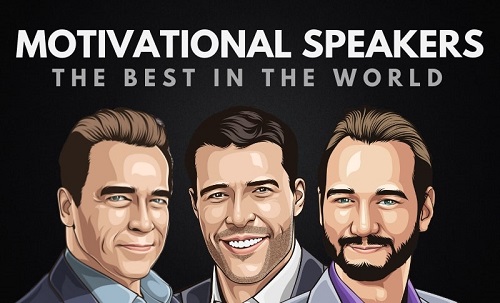 Gapo was the chief gong-gong beater and a spare commercial driver in my home town who went bonkers at a point in time.

It started from him refusing to beat the gong-gong for any upcoming event but would rather do so after the event! Gapo by all standards was highly irresponsible and would not take care of his children. All he ever did was the initial capital he gave to his wife to trade with – selling gari and cooked beans to take care of the family. No chop money but very ‘demanding’ from the wife.

Gapo was recently caught in a mall in Accra. He had made it a point to always go to the mall, hide behind the shelves with digestive biscuits and Incolac, consume them and walk out ‘a free man’ – fully satisfied and escape without paying. He continued till the security man picked him up one weekend.

Gapo in police custody kept pilfering from even the police officers and his colleague in-mates till they released him ‘unreservedly’.

Anyway what do drivers mates and pastors have in common? I don’t mean the pastors you are thinking o. I mean the pastors who call Jesus ‘Jais3s’! They develop deep voices in no time and they speak from under the bottom of their vocal cords. Just try to mimic the way a small boy in your area who has become an aplankey shouting ‘Lapaz Lapaz’! The voice now comes deep with bass similar to that of Shatta Rako!

Kanesh, Odorkor, Kanesh Odorkor…ooya looo! You must be familiar with this popular trotro route and the famous ‘jingle from trotro mates aka Aplankeys plying routes connecting Kaneshie and Odorkor from various parts of the capital. I like boarding trotro paaa o. That’s when you would hear stuff from the ordinary Ghanaian. That is when they can call Presidents by their first names or surnames without any accolades and insult them anyhow and get away with it!

Experience is the best teacher and so business pundits and motivational speakers would make you believe in entrepreneurship. They keep encouraging us to invest. ‘You’ve gat to do some side business along side your job, you know what I mean’– fantastic advice.

As good as this advice may be, I seldom believe in motivational speakers. Most of them make you feel you are a failure in life and not working hard enough.

This perception of mine about some motivational speakers started some years ago anytime I listened to a school mate of mine talking on radio saying ‘I had nothing, I started with nothing, but by God’s grace, I have a huge business empire across the globe; I travel to any part of the world and sleep in the best of hotels and it is all by the grace of God and HARD WORK not where you are coming from no matter how poor you are’! Really?

There was a day I listened to him and convinced myself I may not have reached there but I am not fail’. This guy was my junior and in the same boarding house in Achimota. He was one of the few students who used a brand new 4by4 on campus given to him by the parents. His Mum was a top level Manager in a bank and the Dad was a university Professor. He was brilliant, nonetheless and eventually became an Engineer and a ‘motivational speaker’.

The problem I have with him was that he made me and some other listeners feel we have no idea how to succeed in life. My Dad was a washman who never went to school and my mother was even a kayayoo at some point in 1983 during the hunger time. By indeed some true divine Grace, I found myself in Achimota with this young man who ‘started from nothing’ and became great overnight making everyone feel he or she is a failure! Indeed I would have felt awful and disappointed in myself as regards my slow progress in life if I didn’t know this guy.

Me? Motivational speakers? Let me do my own thing progressively but they should not let people feel they are failures bcos they are not hardworking. Some people were born with golden spoon in their mouths and can start life on a certain pedestal and to God be the glory for that. But please for those of us whose parents had to buy even mormorni on credit to feed us, encourage us to progress steadily not necessarily exponentially though that could happen in a few cases. Don’t make us feel we lack eyi that would make us progress rapidly. At the time this boy had a car given to him by the parents with everything at his disposal, I didn’t have a mattress to sleep on back home and you want to deceive people by saying you by saying ‘you started from nothing and so became great overnight and me, I am a failure?’ God dey o, yooo! I am not surprised because of this motivational some people, a lot of the youth now want to succeed in 3 days. Those who want jobs don’t like work; they want to earn before they learn!

It was based on some of these motivational things that I quickly applied for a loan to buy trotro in 2006. Ei. While some encouraged me, others discouraged me. In fact, I later got angry at those who encouraged me to go into it. For those who discouraged me, one factor ran through – success or failure of a trotro business depends largely on the driver’.

In my case, I changed 6 drivers. Hmmm, 6 oo! In a rented apartment, I didn’t want my landlord to know I was ‘getting rich’ so I left it in the care of the drivers 24/7. It was then I believed in the saying that: ‘you don’t buy a commercial vehicle; you buy a commercial driver’!

Majority would never tell the truth. The first driver was the third man in the story of the talents in the Bible. He would park the 207 benz bus at home because he didn’t want the gear box to get spoilt. Sales were made every Sunday. While I do my calculations in expectation of how much I was going to receive for the week, he comes to give me BP and expects me to be jubilating because, for him, he has taken good care of the car and parked it – so no sales. Whaat!

The second driver was very good…but only for 4 days. If it’s not the headlights that are frowning, then the clutch would be singing. I fired him albeit politely.

The third driver was an elder in a popular church. He was so good. Very honest. His problem was that the sales looked too big if he had to give it to me in bulk on weekly basis so he did it on daily basis even though not full sales. He complained of a few mechanical problems which he claimed he used part of the sales to cover. I sacked him because continuously for 3 weeks, he claimed he used the car to convey church members for one funeral or the other and made no sales. Reason – God was going to bless me nyafunyafu. Hmmm!

The fourth driver was arrested the first day I handed the car over to him for possessing fake driver’s licence. He sacked himself.

The fifth driver was a cousin whom I told the car belonged to a friend and that I was just taking care of it. I nearly committed suicide because, for him, akpeteshie and brandy were his paddies and kept running into other people’s vehicles which I had to take care of anyway because the trotro had only a third party insurance cover. I found a nice way of taking the car from him. That has created a family feud we are still solving after many years of attempting to be ‘a good family man’.

Solomon was the ‘best’ driver I had during this period of tribulation. He would drive from 6am to 6pm and make sales. The following morning he would come for the sales money to go and buy a spare part. I later got to know that because the car was always in his custody even at night, Solo was giving it out as spare to be working at night and those spare drivers made sales to him. It would break down by the next morning and then I was borrowing money from other sources to fix the problems. Ei, investment proper be this. Trust is good oo but supervision is far better.

Solo alone had his own prices for car parts. Assuming a part cost GHC20, Solo would tell me it is GHC60. Ao! Solo! Ei. Trotro business. Hmmm.

Finally, I put FOR SALE on it to clear it and be free. My phone number was on it. Solo was not happy but I had to sell it. For over one month, not a single soul called me just to express interest mpo!

A typical Accra New Town boy, I found a discreet way to check if there was something wrong with the number. Lo and behold, the last digit of my phone number had been taken off! Solo took it off such that nobody would buy it so he could continue with his evil deeds. I corrected the number. Trotro? Never again oo!

It took me less than 2 days to get a buyer after correcting the number.

The night after I had sold it, water had to be poured on me the following morning before I woke up; I slept so deep obviously with an absolute peace of mind.

You want to try? You may be lucky especially if you want to drive it yourself but for me, never again. Now I sell pure water!

Happy weekend and holiday to the Asante Akim Central Municipal Assembly, Alhaji Joseph Asibi Bashir of Policekrom near Konongo! Commander, I greet you o! Shingoro say Hi! You know what I mean. Hahaaaaaa!