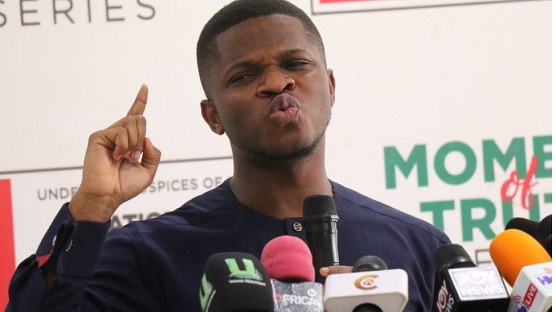 The National Democratic Congress, NDC has lodged an official complaint to the EC over allegations of double voting at Klottey Korle constituency.

The party's Communications Officer Sammy Gyamfi made this know at the NDC's press conference held in Adabraka, Accra.

He claimed some persons who participated in the special voting exercise have voted again today.

At the same presser, Elvis Afriyie Ankrah who is the Director of Elections for the NDC also alleged that there have been cases of ballot stuffing in Greater Accra, Eastern, Central and Ashanti Regions by suspected NPP supporters, that threaten to undermine the integrity of the polls.

Afriyie Ankrah believes victory is at hand for the NDC but they can't afford to be complacent. He urged supporters to keep track of the ballots and not take their eyes off them, no matter where they go.

He further admonished the party's agents to be vigilant and not to sign pink sheets when there are discrepancies with the number of counted ballots.

This is the second presser conference the opposition party, NDC has held in the day following the one in Kumasi where they claimed some EC officials in various polling stations in the Ashanti region are directing voters to vote for NPP candidates in both the parliamentary and presidential polls.