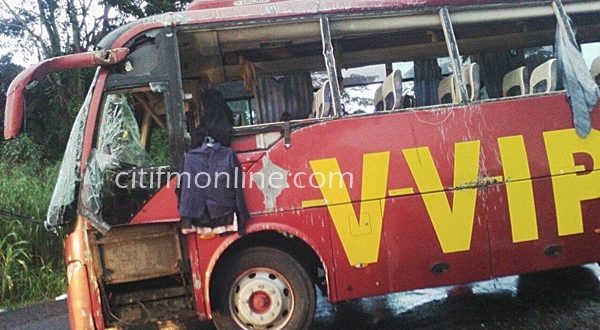 Three people are feared dead after a 30 seater VVIP they were travelling hot involved in a fatal accident on the Kumasi-Accra road.

At least 15 others are also reported to be seriously injured in the accident which occurred on Sunday, about half a kilometre from the popular Linda Dor Rest Stop.

The driver of the bus is also in a critical condition.

Below are some pictures of the accident courtesy citifmonline: One of the passengers trapped The International Monetary Fund, IMF in a statement after a team led by Carlo…