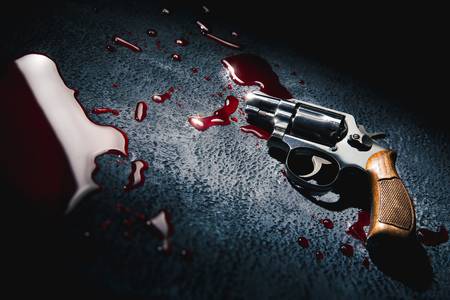 Some three persons have been shot dead by suspected armed robbers at Manso Datano in the Ashanti Region.

Reports say as about 7:00 pm on May 18, 2020, the police in the Manso Nkwanta area received a distress call from the community that some armed people are shooting indiscriminately.

The police proceeded to the community and found three bodies including a 60-year-old driver of the Amansie District Chief Executive of the Amansie South District Kojo Banahene.

The bodies of the three have been deposited at the St Martin Hospital at Agoroyesum pending investigation.

A similar killing incident recently happened at Abokobi Boi a suburb of Accra.

This was after two okada riders were killed in the space of four months.

They suspect these killings are carried out by land guards and have called for regular police presence and also fixing of enough street lights.

Also in the Volta Region an Assemblymember, Marcus Mawutor Azahli, a mobile money merchant in Sogakope, was shot and stabbed to death at his residence, while some unknown amount of money contained in a safe was stolen.

A suspect in the murder of Marcus Mawutor Adzahli, has told police they were not contracted to carry out the killing at many are speculating.