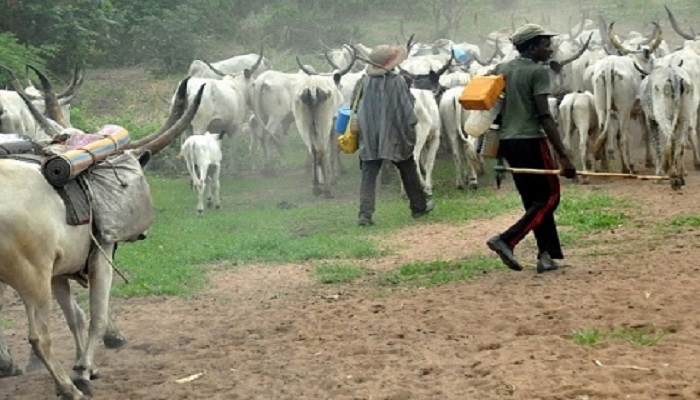 The Ashanti Regional Police Command has arrested twelve (12) persons suspected to be kidnappers involved in recent cases of robberies and kidnapping of Fulani herdsmen and their dependents.

The police in a statement said the suspects are believed to be Fulanis as well and their dealings happen around Ejura, Mampong, Akomadan in the Ashanti Region.

The twelve suspects have already been identified by their victims. They have been remanded by the District Courts in the various communities mentioned above. 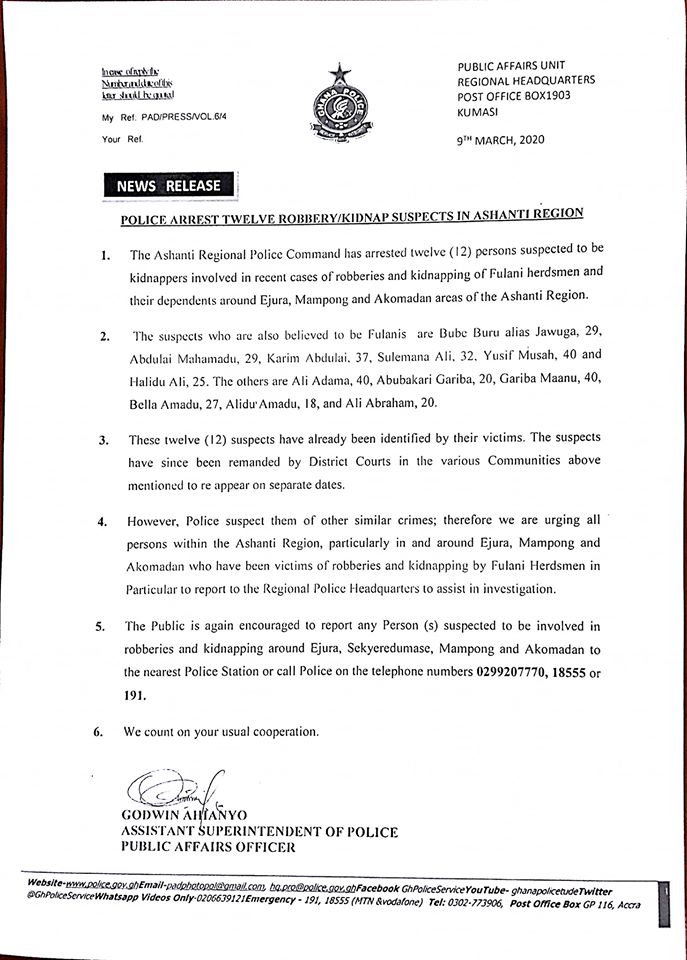