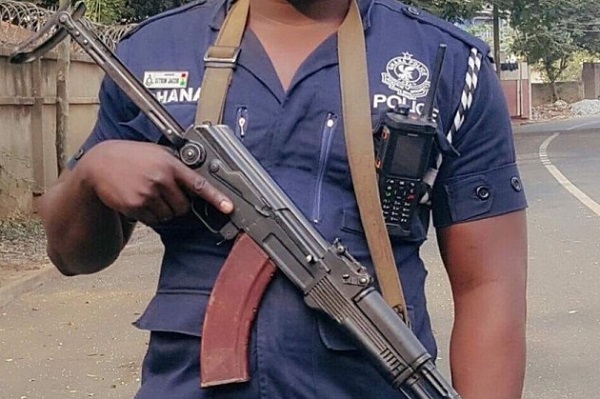 Two police officers have been picked up by the police at Sogakope over a missing rifle.

The police say this happened prior to the killing of the Sogakope Assemblymember so the two events are not connected as speculated in the media.

Investigations into the matter has commenced and the Sokagope police say they will unravel the mystery.

There has been brewing tension in Sogakope in the past few weeks after an Assemblymember Marcus Mawutor Adzahli was murdered.

Marcus was shot multiple times in what some believe to be a contract killing, an incident that sparked violent protests in the town last week. His wife who was assaulted by the unknown assailants was said to have collapsed later.

The attackers were said to have refused to accept 30,000 cedi offer from the victimâ€™s wife in a plea to save his life, insisting money was not the reason for the attack.

They subsequently snatched the money only after they had shot, stabbed and killed Marcus.

The main highway linking the Greater Accra region to parts of Volta region through Sogakope, as well as other major roads, were blocked by some angry protestors who have been demanding justice for the assembly member.

They claimed the police could have averted the incident if they were a little proactive.