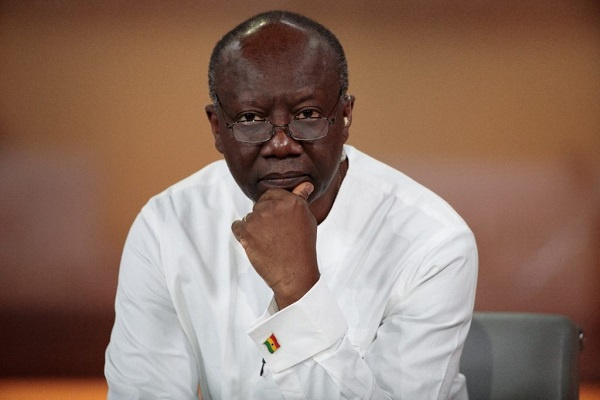 Mr Wereko-Brobby says the Finance Minister Ken Ofori-Atta has not acted appropriately in the controversial Agyapa Royals agreement and that accounted for the brouhaha.

He said the whole deal has been fraudulent and called on the government to halt the deal restart it after the 2020 elections.

Mr Wereko-Bobby urged President Akufo-Addo to appoint a new Finance Minister to protect the public purse should he win 2020 elections.

"The advice to send Agyapa back to Parliament is unturnable, the Special Prosecutor set out some great details how the whole transaction was cooked and the conflict of interest was very transparent and therefore it should not even go to parliament. The Presidential decision to investigate how the transaction advisor was appointed should be fully carried out even before the matter is put before parliament because his appointment drove this whole deal and in my view, the level of corruption that went into this indicate everything that followed. It is my humble suggestion that this whole Agyapa deal must be pulled down and after election, we restart hopefully with a new Finance Minister and then ensure that such processes are done very well because you can't say parliament must review something whose Genesis is fraudulent. Akufo-Addo must appoint a new Finance Minister for the integrity of Ghana's public purse protection and particularly on this deal," he said on Joy Super Morning show.

In his corruption risk assessment, Mr. Amidu argued that consultations over the deal were not comprehensive and innovative enough.

He further disclosed that the selection and appointment of advisors for the agreement did not meet the “fundamentals of probity, transparency, and accountability.”

Amidu also accused the Finance Ministry of awarding the transaction advisors deal to “surrogates” of the Ministry.

Meanwhile, the Finance Minister is set to re-submit the agreement in Parliament following an order by the President, Nana Addo Dankwa Akufo-Addo.