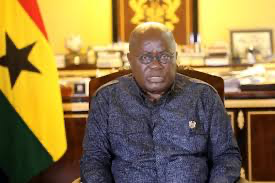 President Akufo-Addo has directed the Attorney General to submit to Parliament emergency legislation over Covid-19.

According to the President, the legislation will give backing to the various directives and steps being taken to prevent the spread of Covid-19.

Addressing the nation on March 15 on the steps being taken to fight the virus, President Akufo-Addo called for intensive public education, and also ordered the closure of all schools in the country from Monday, March 16.

All public gatherings have also been suspended for four weeks.

â€œI have directed the Attorney General to submit to parliament emergency legislation in accordance with Article 21 of the Constitution to embolden these measures I have further directed the Minister for Health to exercise his power under section 169 of the Public Health Act 2012 Act 851 by the immediate issuance of an executive instrument govern the relevant...

President Akufo-Addo also called on Parliament to support the executive to see the legislation through for the needed steps to be taken.

Ghana Health Service has confirmed four more cases of Covid-19 in the country.

"On Friday the 13th of March, two more cases were confirmed as Covid-19 they reported it from Ashanti Region and the other from Greater Accra Region, the first is a 56-year-old Ghanaian who returned from the United Kingdom on the 4th of March he stayed in the UK for 10 days, he developed symptoms on 12th of March and reported to a hospital in Obuasi and the case definition met that of suspected Covid-19, the sample was sent to Kumasi Collaborative Research Centre and it tested positive. Second is a female Ghanaian student she travelled to the US stayed for 10days, she came back on 9th of March and on the 13th she started having symptoms and samples were sent to Noguchi and it tested positive."