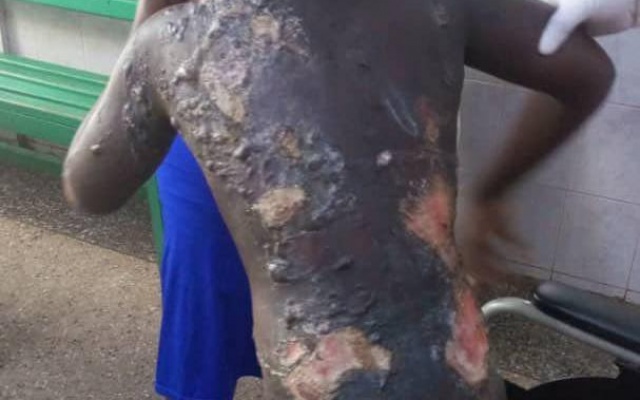 The police in the Eastern Region have mounted a search for the mother of an eleven-year-old girl, who poured hot water on her and locked her up in a room for six days to deny her medical attention

suspect, Sarah Perntwah is currently on the run and the police have mounted a search for her.

The 11-year-old girl resident at Akwatia in the Eastern Region is currently on admission at the St Dominic Hospital at Akwatia.

The incident happened on July 14, 2018, and it was not until it was reported to the police that the victim was sent to the hospital.

It is not clear what might have necessitated the act but the Eastern Regional Police Public Relations Officer, Deputy Superintendent of Police (DSP), Mr Ebenezer Tetteh said the mother locked the girl who sustained severe burns in a room and refused to allow her to access medical care.

The police said it was through the intervention of the Assembly Member for the Domeabra Electoral Area, Ahmed Yusif and a Unit Committee Member, Kwame Adjei, that the matter was reported to the Akwatia District Police on July 20, 2018.

The two had earlier failed in their attempt to get the victim’s mother to send her to the hospital and so they reported the matter to the police.