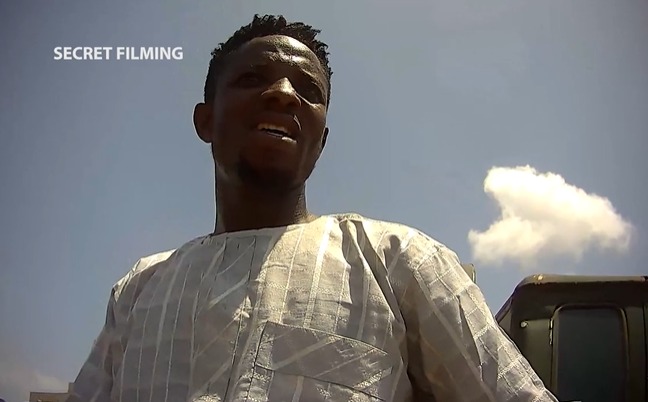 The full video of the investigation captured some city guards taking bribe from drivers to allow them to escape the law.

Anas said the six-month investigation monitored the activities of City Guards and many who were engaged in cases of abuse of power and the taking of bribes from some hawkers and drivers who didn't have permits.

The city guard system was meant to maintain order and make our metropolis, our malls and massive markets more civil and modern.

However, by their mercenary manners and dubious modus operandi, the men, mandated by the Metropolitan authorities to make the measures work, have rather made things matchlessly murkier and life more meaningless for many a motorist, merchant and major patrons of our many mushrooming markets.

The City Guards (Abayee) mandated to rid the city of people selling and putting up structures at unauthorised places such as the streets and pedestrian pavements, were on several occasions caught taking money from the very people they are to police.

There were instances where the Abayee would seize goods from hawkers and ask them to meet them at the place where they wrap up their daily activities, usually, opposite Kinbu, for negotiation and payment in order to retrieve their seized goods.

Responding to the latest investigation which focuses on his office, mayor of Accra, Nii Adjei Sowah in an interview with Citi FM said the city guards will soon be interdicted.

"Those that are caught in any form of negotiation or extortion are going to be interdicted straight away, that one we can't countenance on it, we are law-abiding citizens and if you are an assembly member with the powers to protect citizens you can't use those powers to abuse and extort money from them, so you can be assured that action is being taken, I have scheduled a meeting with all the metro guards in my hall and I will not wait to watch the full video because what has been shown is enough....."