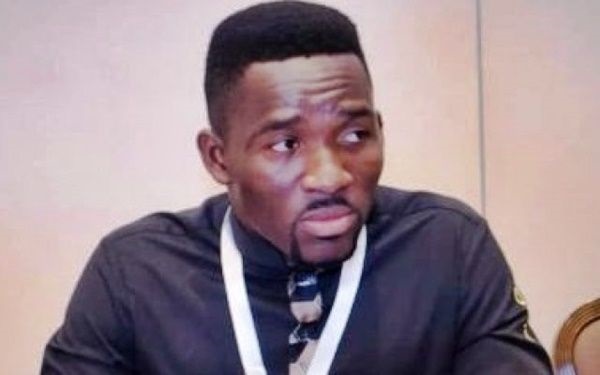 Editor for ModernGhana Emmanuel Ajarfor who was one of the arrested journalists of the online portal says he is shocked by his colleague's sudden U-turn on their torture claims.

Ajarfor and Emmanuel Britwum were arrested by the National Security operatives and both made claims that they were tortured.

These claims were denied by the National Security but both were asked to go for a medical checkup to verify if indeed they were tortured.

Groups and bodies like the Ghana Journalist Association condemned the torture allegations and insisted they would push for justice for the two journalists if medical reports prove they were assaulted.

However, there was a new twist to the issue after new lawyer to Mr Britwum released a statement on Wednesday, July 3, 2019, indicating that his clients say he was “neither tortured nor brutalised” in any way as alleged.

Ajarfor in an interview with Joy FM on Super Morning Show on July 4, 2019 said : "I spoke to him (Britwum) several times over the weekend and he stated categorically that he was slapped several times and kicked while on his knees, he did not just confirm to me but to my boss as well. When we got to the Legon Police Station, we all reported cases of assault and were given a medical form on Sunday, June 30, 2019, to go to the hospital, when we got there the Doctor told us to go and return the next day because our case is a special one"

"It is weird how he has made a sudden U-turn, we confessed to two lawyers and then you come and change your initial statement, but in all my narrations I have been speaking for myself, so for me, I was tortured and what I seek now is justice" he added.

The two were arrested last Thursday following a raid on their office by the security operatives.

Meanwhile, journalist and legal practitioner Samson Lardi Anyenini who is one of the lawyers representing the two journalists before Mr Britwum’s new lawyer suddenly popped up said the journalist admitted to him five times just five hours before his U-turn that he was “assaulted” and “slapped” by the security operatives.

He wondered what could have caused Mr Britwum to flip as he did within a short period, adding that he was not going to represent such a client.